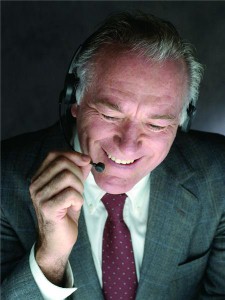 The FTC targeted six companies that were providing phony tech support in order to gain access to the computer of unsuspecting individuals.

It’s bad enough when you have to call tech support, but it’s particularly bad when they call you! That’s because the person claiming to be tech support is likely not going to help you fix any problem, but will definitely try to create one.

The Federal Trade Commission announced last week that it had pursued an international crackdown on tech support scams perpetrated by telemarketers who passed themselves off as representatives of major computer companies. The FTC said that many of these call centers were based in India and targeted English-speaking consumers in the United States, Canada and the United Kingdom.

The FTC explained that scammers claimed to be affiliated with companies such as Dell and Microsoft. Many of the scams focused specifically on Windows users, Ars Technica reported, with scammers claiming to be “Windows technical support.”

Scammers would cold-call unsuspecting users and inform them that their computer had been identified as having a virus. Ars Technica reported that when asked by a caller how they knew that a computer had a virus, one scammer provided a science fiction-esque explanation:

“In our London office, we have got a server and in that server we keep track of all the IP addresses, and if those IP addresses, if any of the IP addresses blinks in red that gives us an indication that there might be online malware infections are in the system.”

In an attempt to further prove their legitimacy, callers would instruct users to open Windows Event Viewer, explaining that the innocuous errors were signs that their computer had been infected and that “online infections” were “much more powerful than local viruses.”

Once unsuspecting callers were roped into the scam, the phony representatives would offer to fix the problem for a fee ranging from $49 to $450, according to the FTC. After being given credit card information, scammers would make matters worse by directing users to download a software program from a dubious website. This software would give scammers remote access to sensitive information on the consumers’ computers.

Despite their best efforts, not all cold-calling was so productive for the scammers. The Ars Technica article reported that some of those who were called had Macs instead of Windows PCs and that this did not always deter the caller from going through their script before promptly hanging up.

One example included in the article showed a would-be victim turning the tables on the phony techs. In this example, a man identified only as “Ted” kept a scammer on the phone for nearly two hours. Ted’s antics included complaining about his Windows 95 system, playing the dial-up connection sound and asking the caller to call him “Cinnamon,” – a request that the scammer granted. Despite efforts to scare the caller off, he was undeterred from his mission to get Ted’s date of birth and credit card number.

Not all callers were as clever as Ted, or as tech savvy as other examples in the Ars Technica article. This scam highlights the need to spread computer security awareness. Although these scammers targeted less tech-savvy users, cyber criminals commonly utilize scare tactics like these to trick even more knowledgeable individuals into clicking on something without thinking. Maintain a comprehensive security stance by combining awareness with application control to protect against many common threats.

Have you ever been contacted by a person claiming to be a tech representative?