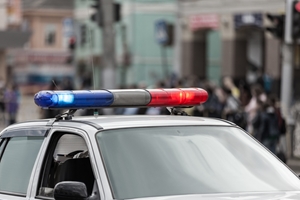 Police are using new technology to help them fight crime.

Technology has radically changed how people live. Each year, there are new and innovative ways to connect with others, work more efficiently and solve complex problems. A growing number of police forces are also taking advantage of new technology to better track and share data, to solve crimes and also to prevent them.

Toledo, Ohio uses network of cameras to fight crime
The Toledo Free Press columnist David Willinger recently wrote about the success of the Toledo Police Department’s new Observation Research Intelligence Operations Network initiative, known as Orion. Toledo invested more than $1.5 million into developing Orion, a video monitoring system that includes 73 cameras at 37 locations in the city. The cameras can rotate 360 degrees and have a 36x zoom, features which are controlled remotely at the station. Some cameras also have infrared technology that allows them to capture images in the dark.

The cameras record 24 hours a day, seven days a week, and store data for up to 14 days, according to the article. Any video related to a crime is kept permanently. Police officers are tasked with monitoring the video feed full-time during business hours. The department also issues a report every two weeks, as well as several bulletins every week that are shared with the local law enforcement community. This gives police officers and other law enforcement officials a more comprehensive view of crime in the area than they had before. It can also help them track trends in crime and make decisions about where to focus department resources.

On January 29, the Toledo City Council approved an additional $380,000 to support the second phase of Orion. This money will be used to purchase computer monitoring software and other tools that will allow the police department, local agencies and officers in the field to access the network’s data. The new server will also compile information that is currently stored in different systems, including: criminal background data, 911 call center data, vehicle-mounted license plate readers, and internal and mobile databases.

But is Orion actually lowering crime rates? Local officials say that it is. The article reported that according to police spokesman Joe Heffernan, burglaries and thefts were down 22 percent in 2012, compared to 2011. The new system is also saving police officers from having to search for information in multiple databases, and is making it easier for them to identify and catch criminals. This, in turn, saves the city money and frees up more time for officers to patrol the streets.

Springfield, Missouri deploys Command Central
According to Springfield’s Unified Crime Report, crime rose sharply from 2011 to 2012, including a 22.21 percent increase in “crimes against persons.” Springfield Police Department officials turned to technology  to help them fight back.

Local ABC affiliate KSPR News reported that the department recently invested in new software, called Command Central, which creates reports that help officers analyze data, track crime and solve cases; KSPR reporter Mary Moloney referred to the new system as “the future of fighting crime.” The software is accessible on network computers and also in police vehicles so that officers in the field can access data.

The article highlighted comments from local officials, who discussed why this layered security software is so important.

“An officer can go right to this report and search this area for the last 30 days and see what other crimes have been happening around that area,” said Springfield Police Lt. Ben King, “maybe start looking at those reports to see if he’s got the same MO and the same type of suspect information.”

What do you think about the police using new technology to fight crime? Let us know in the comments below!