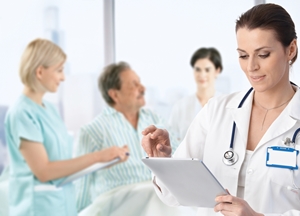 The ONC been taking concrete steps toward promoting safe health IT innovation.

For all the talk of technological innovation circulating the healthcare community in recent years, some would say that clear signs of progress have been hard to come by. Office of the National Coordinator for Health Information Technology (ONC) director FarzadMostashari recently took objection to this sentiment, delivering a comprehensive review of his team’s 2012 progress in a blog post for Health IT Buzz.

Mostashari’s piece was initially prompted by recent pundit suggestions that the ONC had been serving as more of a cheerleader for health IT progress than a direct enabler of progressive action. While he did not deny the importance of engaging technical developers, lawmakers and clinicians, he chose to elaborate on some of the more formalized functions going on behind the scenes.

Meaningful use
When it comes to certifying electronic health records (EHRs), setting meaningful use standards and allocating billions of dollars worth of provider incentives, ONC occupies the role of regulator in concert with the Centers for Medicare & Medicaid Services (CMS). According to Mostashari, 84 percent of eligible hospitals and 64 percent of eligible providers are already set to cash in on Stage 1 benefits. According to iHealth Beat, more than $9.3 billion has been distributed to date to nearly 3,400 hospitals and more than 173,000 industry professionals.

The Stage 2 requirements were also finalized by the office this past August, promoting significant gains in the interoperability of systems and secure exchange of information. To continue on the path of continuous innovation, ONC also made substantial, targeted investments in quality measure developers to ensure the criteria they set is relevant, reasonable and clinically significant.

Constant collaboration
Throughout this process, the ONC has been a shining example of the transparent dialogue and collaborative ethic needed to drive progress in the healthcare sector. Considering the wide variety of stakeholders which access its data on a routine basis for mission-critical tasks, the agency’s decision to unveil and enhance the ONC Dashboard has been transformative development. Meaningful Use data can be accessed and downloaded on increasingly granular levels and both patients and practitioners can locate key information on regional extension centers (RECs).

The ONC has also been hard at work making inroads in consumer circles, according to Mostashari. The U.S. Department of Veterans Affairs (VA) Blue Button initiative was a direct product of the ONC’s calls to action, and now more than 88 million military personnel and family members have taken advantage of the self-service portal for securely accessing and distributing personal health records to clinicians around the country as needed.

Finally, this concept of open information exchange has manifested in many of the medical technologies the ONC is helping to develop and disseminate. From fleshing out the finer points of interoperable health information exchanges (HIEs) to piloting and standardizing new payment delivering systems, Mostashari’s team has been active across the front lines.

Stronger security
Amid all of this health IT progress, officials have not lost sight of the fundamental importance of safeguarding sensitive medical data as it is collected and exchanged. The sector has grown far too familiar in recent months with the grave consequences that can come from lost, leaked and stolen patient records.

Mostashari pointed to the ONC’s latest focus on identifying and resolving mobile security risks as more smartphones and tablets make their way into the workplace. Mandatory encryption standards have now been set for emerging EHR-compatible technologies and a wealth of interactive educational resources have been developed and distributed to clinicians.

Which direct effects of the ONC’s work do you now recognize in everyday operations? What are the most pressing needs you would like to see addressed over the next year? Let us know what you think in the comments section below!