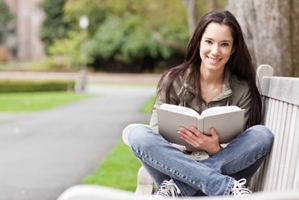 With the era of Big Data in full swing, officials from nearly every sector imaginable are looking to benefit from the surging analytics trend. While retail advertisers can assemble the purchasing data of a person and create an accurate customer profile with which to better market their wares, universities are having a trickier time figuring out what to do with the wealth of information they have at their disposal.

Acquiring student data
As reported by Campus Technology, one university, Hilbert College, has made clever use of the campus-wide data they have amassed. In 2010, the Hamburg, New York, liberal arts school began collecting information from all aspects of student life. By integrating analytic programs into their established administrative and classroom softwareenvironments, college officials gained access to a wealth of student information. The only question at that point was how to use that database to improve student success.

Identifying potential financial issues
One of the breakthroughs university analysts were able to make was identifying students who were at risk from dropping out due to financial reasons. When looking at the rate of students who dropped out of school because they couldn’t afford it any longer, officials were able to identify a particular financial range where students were especially likely to withdraw from classes. Administrators were consequently able to award more financial aid to those students, keeping them in school and on track for graduation.

Transfer vs. first-time students
Analysts were also able to identify certain types of students who were more likely to succeed. By studying the school’s graduation rates, Hilbert officials determined that transfer students were far more likely than first-time students to excel and finish all four years of college. Administrators have since altered their recruitment methods to target transfer students. According to Vice President of Information Services Michael Murrin, the recalibrated focus on transfer students hashelped keep Hilbert’s enrollment strong even as the area’s high school graduation rates have dropped.

Potential to identify struggling students
Hilbert administrators note that these first few applications are just the tip of the iceberg of what can be accomplished with their data compilation system. The next goal is to broaden their ability to identify risk factors for struggling students. So far, analysts haven’t been able to isolate a specific trait that correlates to students withdrawing from the university for academic reasons. School officials are resolved to find those risk factors, however, so they can offer assistance earlier and give their struggling students a better chance at academic success.

Murrin said, “What are the indicators and alerts that these students are going to be running into problems down the road, so that they will become the early alerts for us and give us the ability to guide the students properly?”

The advent of data analytics has been a major boon for tiny Hilbert College and its ability to improve academic life, both for students and for the university. The applications for this burgeoning field have only begun to be realized. If the analytical process can be further developed to accurately identify potential problems before they arise, it could prove especially useful to larger universities where students are much more likely to fall through the system’s cracks. At Hilbert, the technology has proved to be invaluable.

Murrin said, “once you start seeing information in ways that you could never see it before, it immediately takes you to another level. It triggers another question about something else that wasn’t previously on your radar.”

Is data analysis the best way to identify students who struggle with college life? Are there other ways this information could be used to enhance college students’ experiences? Tell us what you think in the comments section below!