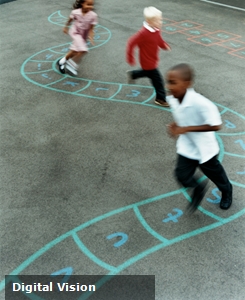 School officials hope funds from the competition can be used to update their lagging equipment.

Students at a Charlotte, North Carolina elementary school are banding together in hopes of getting some much needed improvements to the facility’s IT resources. The school recently entered a competition with the chance to receive a complete, technological face lift.

Team Up for Technology 2012 is offering the winning school $48,000 in cash and equipment to invest in new computers, laptops and state-of-the-art teaching instruments. After a student’s parent submitted Barringer Elementary School for consideration, the institution was informed by the competition’s organizers that they had made the initial cut. Although a final judgment is still pending, students, teachers and parents alike are excited to have been recognized as one of 10 semi-finalists.

Erin Brighton, who submitted the school’s application to the competition over Twitter, told NBC affiliate WCNC, “these students are passionate about education about learning. These teachers are the most deserving people I have worked with.”

The Jimmie Johnson Foundation organizes the Team Up for Technology event on an annual basis with the goal of outfitting in-need schools with the resources to better educate their students. Barringer certainly qualifies as a school that could use a technological overhaul. According to WCNC, the school is operating with outdated equipment, with their last upgrade happening five years ago. Of particular concern is the school’s media room, which only contains eight computers whose functionality is so abysmal, it prevents students from completing their assignments in a timely manner. School officials are hoping that winnings from the competition could be used to update their outdated classroom computers as well as facilitate investment in new teaching resources such as interactive chalkboards. Faculty members expect such improvements to lead to a better academic environment.

Speaking to WCNC, teacher Margaret Curry said, “If everyone had a computer I can just work from the smart board and everyone could follow me with their own individualized computers.”

As part of their admittance to the semi-finalist stage, Barringer received a new video camera and laptop from the foundation in order to film and edit a two-and-a-half minute video that will be the basis for the competition’s final selection. With the finish line in sight, students have been working furiously to put together the best submission possible and receive the educational resources they deserve.

Brighton said, “they have been using a video camera, doing surveys. They have been walking around to classrooms getting ideas. These kids want this technology makeover so badly”.

Do you think more government funding should be directed toward school districts? Are technological upgrades key to improving education? Tell us what you think in the comments section below.