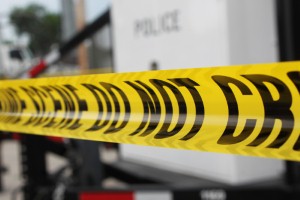 Forensics experts say they currently lack the tools needed to gather evidence from mobile devices, as new technology presents issues that have already been addressed with PCs.

Law enforcement agencies have figured out how to effectively gather and unlock data from desktops and laptops during criminal investigations. But smartphones and tablets? Well, that’s another story.

Forensics experts told Network World that they currently lack the requisite tools needed to gather evidence from mobile devices, as the new technology presents issues that have already been sufficiently addressed with PCs.

“Forensics experts say they want to do both ‘physical’ and ‘logical’ acquisition of data,” Ellen Messmer wrote in an October 12 Network World article. “This means grabbing operating system files, device memory and other technical information, plus personal email or documents or phone data. They typically need a PIN code to access the device. But the state of the art in computer forensics tools and the proliferation of mobile devices all makes this hard. And unlike with Windows-based computers, for example, you can’t just take out the hard drive.”

One of the main issues that is currently vexing many law enforcement agencies is that while there are a number of tools available on the marketplace for accessing data from mobile devices, many of them cannot produce the high quality information needed for use in a courtroom setting, Network World reported.

This issue affects not just law enforcement, but many businesses as well. Companies with a bring-your-own device policy, for example, have difficulty gaining requisite access to a smartphone or tablet affected by a data breach, according to the news source.

The lack of quality information-gathering tools will only become more pronounced as time goes on considering the rate at which more and more people embrace mobile technology. The Pew Research Center reported in October that tablet ownership in the United States has increased from 11 percent of adults in July 2011 to 22 percent now. Currently, about half of all Americans own a smartphone or tablet.

Do you think law enforcement agencies need to develop better tools to gather evidence from smartphones and tablets, or should mobile device owners be able to block applications such as these? Leave your comments below to let us know what you think about this issue!