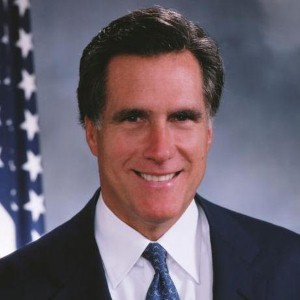 Not all of Mitt Romney’s Twitter followers may be real.

Recent headlines have speculated that the outcome of modern U.S. presidential elections may be highly dependent on the web presences of each candidate. As a recent USA Today article pointed out, current U.S. president Barack Obama was widely commended for his innovative use of the internet and social media during the 2008 presidential election.The article said all presidential candidates should be on social media because they need to be “where the people are.” One candidate in the 2012 election has been improving his online presence through Twitter and Facebook. Mitt Romney developed “Mitt’s VP App,’ and assured users they would be the first to know when the candidate announced his vice presidential selection

“‘Mitt’s VP app’ [was] updated around 7 a.m. ET with word that Ryan had been selected,” the article stated. “At 7:43 a.m., Romney tweeted that Ryan was his choice. Less than an hour later, Ryan sent out his first tweet from a new ‘PaulRyanVP’ Twitter profile saying that he was ‘honored’ to join Romney’s team. A fresh Facebook page, under the ‘Paul Ryan VP’ moniker, also appeared early Saturday.”

However, Obama may still have a strong lead in digital know-how. For starters, according to USA Today, Romney’s Twitter account has 826,000 followers, compared with Obama’s 18.5 million. Although it’s not all about how many followers each candidate has, the Romney campaign has had a few social media slip-ups. For example, despite promises that “Mitt’s VP App” users would be the first to know when the vice president candidate had been selected, unofficial news sources leaked the information before the app’s announcement. Another factor that could diminish the effectiveness of the social media efforts is that 100,000 of Romney’s Twitter followers may not even be real.

Mitt Romney’s fake Twitter following
Romney gathered more than 100,000 new Twitter followers over the course of a single weekend, according to a recent Christian Science Monitor article. The only problem is that a significant number of those followers might not be real people. The article cited findings from technology firm Barracuda, but it’s not possible to determine the exact source of the new followers.

According to the Romney campaign’s digital director, Zac Moffatt, the number of followers is not something the team is concerned enough about to purchase followers – something that is relatively easy and inexpensive to do. According to CSM, 10,000 Twitter followers costs about $52, but Twitter prohibits the use of such services, which use bots disguised as people.

“If winning were about having the most Twitter followers, Obama would get blown up by Lady Gaga and Justin Bieber,” said Moffatt, who was quoted in the article. “It’s whether people are retweeting or sharing. That is what is of value to us.”

While the number may not matter, whether campaign officials purchased Twitter followers could impact how the public views Romney. Wendy Schiller, a political science professor at Brown University, told CSM that there are many downsides to using those kinds of tactics. Candidates who purchase followers risk creating the perception they are willing to lie to gain votes. As a result, the politician may lose a significant amount of credibility.

Are political candidates who use social media more trustworthy? Have you ever judged politicians based on how they use social networks?