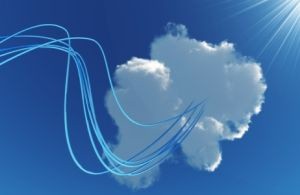 As it turns out, most Americans think cloud computing actually involves those fluffy white objects in the sky.

The problem with metaphors in technology, it seems, is that it can be hard for some people to differentiate between names and function. Case in point: the cloud.As it turns out, most Americans think cloud computing actually involves those fluffy white objects in the sky. A survey conducted last month by Wakefield Research and Citrix found that 29 percent of Americans thought that the cloud was related to the weather. In contrast, only 16 percent said it related to computer networks. On top of that, the survey found that 51 percent of respondents said stormy weather would interfere with cloud computing.

While 32 percent of people said the cloud was technology for the future, almost all of the survey’s respondents were using the cloud in some way. According to the survey, more than half of all Americans said they do not use cloud computing, even though 95 percent used services like online banking and social networking websites that run on the cloud.

Despite this lack of knowledge, many Americans are still feigning intelligence to others about the cloud. About 22 percent of respondents said they have pretended to know about cloud-based solutions, with 14 percent saying they have lied about their cloud knowledge in a job interview.

Even though so many Americans are seemingly clueless about cloud computing and how it actually works, at least the survey’s respondents said that it was a good thing. Sixty-eight percent of Americans said the cloud has positive economic attributes, and 59 percent said future workplaces will be run through cloud computing.

The survey also looked at why so many Americans viewed cloud computing as something for the future as opposed to a present-day option. In terms of deterrents, 32 percent said the cloud presented security issues and 31 percent said they had privacy concerns about using cloud-based solutions.

“This survey clearly shows that the cloud phenomenon is taking root in our mainstream culture, yet there is still a wide gap between the perceptions and realities of cloud computing,” Kim DeCarlis, Citrix’s vice president of corporate marketing, said in a statement. “While significant market changes like this take time, the transition from the PC era to the cloud era is happening at a remarkable pace. The most important takeaway from this survey is that the cloud is viewed favorably by the majority of Americans, and when people learn more about the cloud they understand it can vastly improve the balance between their work and personal lives.”

Reasons for a lack of knowledge
As to why Americans had so many misconceptions about cloud computing, CloudTweaks speculated in a September 5 article that a lack of readily accessible information about it was partially to blame. The article that most information available about cloud-based solutions either contained too little information or had too much technical jargon to be understood by the average person.

CloudTweaks speculated that other reasons why Americans are oblivious include apathy on the part of the technology’s users and the reticence of corporations to turn to cloud-based solutions.

Why do you think so many Americans know little about the cloud? What application control and layered security techniques do you recommend to those worried about security and privacy issues with cloud-based solutions?