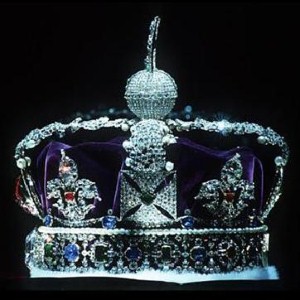 Microsoft goes after the “king of the tablet” crown.

There have been many challengers to the crowned king of the tablet PC, and all have failed to overthrow the mighty iPad. An old challenger recently came back to the tablet scene and is hoping to dethrone the Apple product from its comfortable place at the top of the market.

Microsoft recently announced the Surface Tablet, which will run with Windows 8. The tablet comes in two versions, Microsoft Surface Pro and RT, and both are designed for mobility. The basic version weighs in at 1.5 pounds, and comes with either 32 or 64 GB worth of storage, depending on user preference.

The Pro weighs around two pounds, making room for more processing power . It also allows users to either use a touch screen, keyboard or stylus. It will come configured with either 64 or 128 GB of storage, and support full HD resolution.

“We believe that any intersection between human and machine can be made better when all aspects of the experience, hardware and software, are considered and working together,” said Microsoft CEO Steve Ballmer at a press conference.”We wanted to give Windows 8 its own companion hardware innovation.”

There are a few other nifty features coming along, such as X-Box integration. Both tablets will support SmartGlass, which is a mobile device app designed to allow users to interact with content on the X-Box. The Surface is expected to be released sometime in the fall, but it has a number of challenges to overcome if it is to make a stand against the iPad.

It isn’t the first time Microsoft has attempted to dive into the mobile device market, and those previous endeavors didn’t yield great results. Zune – Microsoft’s answer to the iPod – had a moderately lengthy lifespan, but it wasn’t exactly a commercial success either. The company’s answer to the iPhone proved even less successful, as the Kin mobile phone was canceled weeks after launching.

Can Surface take on the iPad?

New tablets face a number of barriers when trying to get a piece of the Apple tablet pie, according to a recent Bloomberg News article. There are already more than 200,000 applications developed specifically for the iPad, but new tablets won’t be able to launch with that kind of versatile functionality, putting them at a disadvantage.The problem with adding more functionality or more computing power is the bonus features also add to the price. The article highlighted comments from Bob O’Donnell, an analyst at research firm IDC, who said the price of the Microsoft Surface is going to be a lot higher than many people thought.

“When you look at that pricing compared to Apple, it’s a non-starter,” said O’Donnell, who was quoted in the article. “It appears pricing is going to be a lot higher than people thought. From a tablet perspective, that’s going to be a challenge.”

The announcement has already generated a lot of buzz, with over 2,000 retweets on Twitter and numerous media outlets speculating on prices and features, but only time will tell whether the Microsoft Surface will be able to succeed where others have failed. The iPad is expected to account for 62.5 percent of global tablet shipments this year, according to Bloomberg News. Apple has shown it’s good to be the king when it comes to tablets.

Will you  buy the Microsoft Surface tablet this fall? Do you think it can compete with the iPad? Lets us know in the comments section!