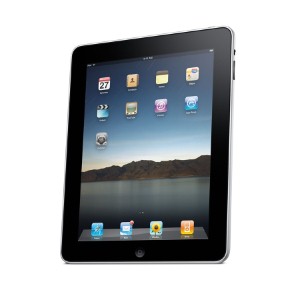 Devices like the iPad are being used in place of the classroom computer by medical students and others in academia.

Students used to bring apples for the teacher. Now medical students are keeping their Apples all to themselves. TechNewsWorld said many medical and nonmedical students are now using tablets like the iPad to keep notes and have better access to texts for class.

“Having access to textbooks and notes on the iPad facilitated productivity – not only in the classroom, but also on subway and train commutes,” said Crystal Kyaw, a student who participated in a study of the iPad’s benefits for medical education, according to the news source. “Its sleek profile made it easy to carry and allowed me to access references in a non-obtrusive and convenient manner during meetings as well.”

TechCrunch interviewed Brian Kibby, president of McGraw-Hill Higher Education, who said he believes that e-books on tablets or e-reader devices are likely to completely replace paper textbooks over the next three years, which is something that has been expected for a while. Kibby said the trend is already underway, with students using tablets as something of a utility device for all things school.

Hofstra University undertook a recent study looking at medical students’ affinity with the iPad as a way to improve their studies, focusing on a 12-week pilot program at the Hofstra North Shore-LIJ School of Medicine’s Health Sciences Library to track the use of iPads and determine how successful they were.

“It made life easier,” said one student who participated in the study. “Overall, the iPad was useful in that it allowed me to study while on the go and saved time by condensing all the electronic gadgets I use on a daily basis into one device.”

Another student said it was better than PCs or laptops due to the portable size,and another student said it could go a long way toward helping to improve medical care. Dean Lawrence Smith said on the Hofstra website that iPads are not mandatory for all students, but due to the positive outcome of the study, the faculty and students will look at exploring best practices when it comes to using the iPad in a medical school environment.

“Students were eager to use iPad functionality as a collaborative tool in their case-based and self-directed learning, critical pathways in our integrated curriculum,” Debra Rand, associate dean and director for health sciences libraries, told TechNewsWorld. “This grant-funded pilot study provided us with usage trends and the opportunity to obtain significant real-time feedback from students and faculty that will guide us in our future planning.”

Medical News Today said iPads are reaching out far beyond the realm of the medical student into the world of the medical professional as well. Staff at New York Methodist Hospital, as an example, are using kiosk-mounted iPads as diagnostic aids within medical systems. Another hospital, Massachusetts General in Boston, uses iPads to help access updated information whenever it is needed. Medical students using iPads could mean they have a much easier transition into a world that is already more tablet-based than anyone could have guessed.

The news source said Yale Assistant Dean for Curriculum Dr. Mike Schwartz told Yale Medicine that it costs about $1,000 to provide students with paper copies of course materials, which is what an iPad with applications would end up costing per student as well.

“We pretty much break even,” said Schwartz, “but the iPad is better for the environment – and as an information delivery system, it’s much more versatile.”

What do you think about the medical community going toward a more tablet-based environment? Are you at all worried about what kind of layered security and application control they will employ when it comes to records? Let us know what you think!