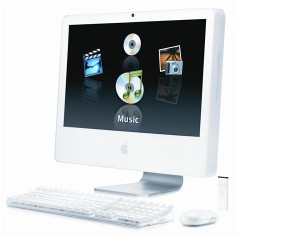 Recent spikes in malware have highlighted the importance of effective Mac security.

One of the most prevalent myths surrounding the Mac platform is that it is immune to viruses and other malware. The reason that illusion has lasted so long is that cyber criminals simply weren’t targeting Macs often enough to make headlines. The Flashback trojan burst that bubble earlier this year when it infected 10 percent of home networks with Mac machines, ZDNet reported. That doesn’t mean that Mac is an insecure operating system. However, it does mean Apple lovers may have to be particularly careful in regard to computer security.

As cyber criminals expand the range of targets, it will be increasingly important for users to be vigilant about protecting themselves against digital attacks. Apple has since addressed the Flashback threat, but hackers have also launched new campaigns against the Mac platform. Tech Trader Daily blogger Dimitra DeFotis discussed the findings of IBM’s X-Force 2012 Mid-Year Trend and Risk Report, which confirmed that cyber criminals are more frequently targeting Macs.

“The Mac operating system, just upgraded by Apple, is increasingly a target of threats that rival the attacks on the Windows platform,” DeFotis wrote.

And that only scratches the surface. One common tactic for hackers has been to design malicious software for third-party platforms, so that their malware will be able to compromise both Windows and Mac machines. A zero-day Java exploit from earlier this year highlighted the tactic, as well as an even more disturbing trend.

Zero days can take months to patch
One of the limitations of traditional security software is that it can’t protect against what it doesn’t know about. This means that any code antivirus software doesn’t recognize can activate on users’ computers unimpeded. As IDG News writer Lucian Constantin pointed out in August, it can sometimes take months for companies to issue a patch for their software. Oracle knew of Java’s critical vulnerabilities in April, but didn’t patch until several months later. Meanwhile cyber criminals quickly shared the tools needed to exploit the weakness via the Blackhole webkit.

The problem is that no user can be expected to stay aware of every possible threat, and even the most security conscious individual can fall victim to a zero-day vulnerability. That can be a real headache for IT and put sensitive information at risk.

Deep Freeze for Mac: Put malware on ice
So, what happens when a malicious program makes it past both antivirus and application control software? Even if the malware isn’t designed to steal mission-critical information, it can disrupt business by slowing down infected machines. Businesses need another option to protect against the diverse number of threats. Faronics Deep Freeze for Macs provides a system restore and recovery solution to give potentially infected machines a clean slate.

Deep Freeze allows administrators to save a set of configurations so that Mac computers revert to those settings after being restarted. However, user data can still be saved using “ThawSpace.” Any number and any size of ThawSpaces can be created, but the rest of the system goes back to predefined settings. Deep Freeze comes with a remote console to centralize management so that settings can be easily deployed and altered. In addition, the program is designed for Mac OS X Tiger 10.4, Leopard 10.5, Snow Leopard 10.6, Lion 10.7 or Mountain Lion 10.8.

As cyber criminals use more advanced tactics to target a wider range of platforms, it’s important for users to leverage best practices when it comes to digital security, whether they’re on a Mac, PC, mobile phone or any other web-connected device.

Has your Mac been infected by Malware? How long did it take for you to fix the issue?