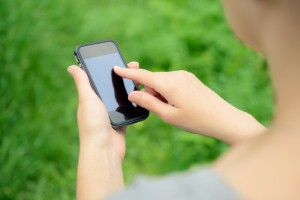 The proliferation of internet-enabled mobile technology has had profound effects on society, from affecting the dating scene to changing how criminals can potentially target their next victims.

If you do not think that smartphones have changed the way most of us think about communications, then consider this: About half of all cellphone owners in the U.S. used their mobile device to go online in April 2012, with 31 percent saying their cellphones are their primary means for accessing the internet, according to the Pew Research Center. In addition, an Ipsos Reid report found that 31 percent of Canadians now own a smartphone, with up to 70 percent of the country’s mobile device owners conducting online-based tasks like checking email on their mobile device.

The proliferation of internet-enabled mobile technology has had profound effects, from affecting the dating scene to changing how criminals can potentially target their next victims.

Smartphone app that aids burglars
If you did not think that you needed application control to keep your trusty smartphone safe, then the PlaceRaider app is sure to give you a reason to reconsider. The app hijacks a device’s camera and uses it to create a 3D image of the device’s location. According to Gizmodo, the app takes over a camera without the user’s knowledge, and can create images so detailed that hackers can use them to read information from bank statements or even passwords written down on pieces of paper. By studying the photographs, cybercriminals can potentially gather enough information to hack into someone’s personal accounts.

The app is currently only designed to target Android devices, and does not capture video content. However, the app’s developers said that images proved more useful at gathering information and took up less space on a mobile device, Gizmodo reported.

Using smartphones to find someone special
Not every new application is a tool of identity theft, though. Some are just out there to help users look for love. A number of apps have been developed that use location-based technology to find someone in the user’s vicinity to go out on a date with. The Blendr and Grindr apps use GPS technology built into most smartphones to detect if someone else with the app is in a person’s vicinity. According to CNN.com, the apps add an additional level of spontaneity and proximity convenience to the realm of online dating.

While millions of people have signed up for such services, they have raised security concerns. For example, CNN.com reported that some worry about criminals using the app to stalk potential targets. In addition, privacy advocates have balked at how much information individuals may unknowingly divulge using location-based apps.

“People are frequently unaware of just how much identifying information they post on the [i]nternet by checking into social networks and sharing photos whose metadata reveal where they were taken,” Heather Kelly wrote in a September 21 article on CNN.com. “As with going to a bar and talking to the first stranger you find with decent hair, people should use caution.”

The rapidly growing social media site allows users to post images to their own pinboards, the site’s equivalent to a user’s homepage, and then share the pictures with others. Previously, Pinterest was only optimized for computers and for the iPhone. According to CNN, the move is likely to make Pinterest even more popular as the site is now accessible to an increasing number of users. Over the past year, the site went from more than one million unique monthly visitors in August 2011 to more than 23 million unique visitors in July 2012.

What are the main tasks that you do on your smartphone? Does this information make you want to put more layered security on your mobile devices, or they show how smartphones have become a more integral part of our lives? Leave your comments below to let us know what you think about these trends!