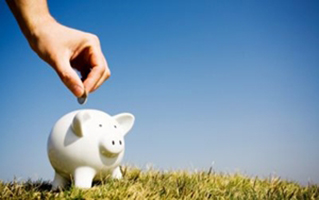 Funding a university campus doesn’t come cheap! In 2011 alone, the U.S. federal government accounted for $40.8 billion of all university research funding in the United States. With the looming threat of budget cuts, that funding could disappear real soon. So universities have been looking elsewhere for solutions to their money problems—their IT departments. You know, since they didn’t already have enough on their plate.

IT departments on campus are always performing miracles, doing more with less. Kamran Khan, vice provost for information technology at Rice University, outlined several key factors that her university’s IT staff had been struggling to overcome:

Looks like they did a great job proving IT efforts can really save money. If it works for the IT department, it can work for the whole campus, right?! The resident IT geniuses just have to put their heads together and perform the same magic, and voila the whole campus can be saved!

This caused a flood of students at community colleges, causing computer labs to get overrun—and fast. Network IT departments found themselves spending 85 to 90 percent of their time fixing these labs. Too bad most of its budget is supposed to be for developing new projects like a human resource management systems. Do more staff hired to help carry the load? Nope. Just do more with less, that’s what IT does. Now they’re supposed to save the entire campus from a funding freeze?

If the money can’t come from IT departments, then how else will universities make up the lack of government funding? The obvious answer is raising tuition, but who really wants that?! Looks like IT departments will have to save the world—again.

What do you think about universities turning to IT departments to solve their money problems? Tell us what you think in the comments section below or message us on our Facebook page!