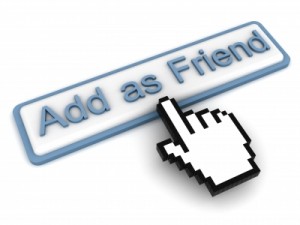 Threats are popping up everywhere. Cyber criminals are taking on all shapes and sizes. Thanks to the Internet they are now working together for a common goals across the world. Advances in technology help them to hide their true identities acting as if almost invisible.

Take the biggest prosecution in US history. Albert Gonzales, a 28 year old, who managed to steal 170 million credit cards and ATM numbers. By tapping into unsecured WiFi networks at retail outlets he planted malicious code into their systems. This opened a backdoor to their networks that allowed him to skim transaction information.

Although encryptions can secure wireless routers, simple encryptions can be cracked easily. So what’s the solution? Well it’s Deep Freeze’s best friend: Anti-Executable. How does it work? Well, common anti-virus solutions block threats by checking them against a list of bad guys… like the mug shots posted at your corner store.

The problem with this approach is that the bad guys have to be caught doing bad things first before they make the “Do Not Enter” list. Instead, Anti-Executable works with a VIP guest list… if you’re not on the list you don’t get in. No exceptions. The beauty of this approach is that the malicious code written by Albert Gonzales wouldn’t have been allowed to run if Anti-Executable was installed.

It’s so simple, yet so powerful. The truth is that one additional layer of software could have prevented 170 million credit cards from falling into the wrong hands. Anti-Executable has your back — it protects you against the bad guys your anti-virus misses. I like feeling safer, how about you?