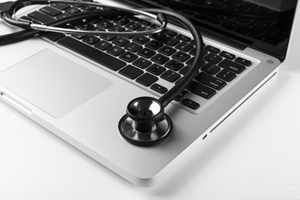 There have been a number of landmark healthcare policies passed in the halls of Congress and chamber of the Supreme Court within the past few years, but ultimately it falls to state officials to ensure these plans are implemented effectively and return the intended results. As a result, the National Association of State Chief Information Officers (NASCIO) recently released its annual list of federal policy priorities in an effort to promote greater alignment between national legislation and local administration.

First and foremost, the group is calling for a broad-level modernization of federal regulations and guidance to help deliver services that meet agencies’ and citizens’ evolving demands.

“Currently, the general guidelines attached to federal programmatic funding for services administered by the states do not promote enterprise IT consolidation, shared solutions, infrastructure optimization, virtualization or the integrated channels of service sought by citizens,” the report stated. “With the federal government overhauling federal information technology processes, procurement, directives and procedures, it is imperative that a process to harmonize federal programmatic rules, directive and mandates for IT investments by the states be undertaken.”

Healthcare implications
One of the prime examples of inefficiency identified by NASCIO officials was in the way each state adopts its own unique take on benefits administration. As it stands, CIOs are using millions of dollars worth of federal and state-matched funds to construct and support Medicaid and Medicare eligibility and administration programs. By joining hands for a “standards-based national development effort,” officials believe a federated service delivery model could improve patient outcomes and save billions of dollars.

Similarly, information exchange models have been garnering their share of attention as areas in need of improvement. That’s not to say there haven’t been success stories, however. In fact, these early wins are likely promoting increased interest in the potential of the paradigm.

According to Government Health IT, New Mexico is currently in the process of migrating approximately one million master patient records to an innovative new health information exchange (HIE) platform. The incoming system is expected to offer a variety of business intelligence enhancements, dedicated disease management tools and even telehealth integration.

“With the enhanced feature that [the technology vendor] offers, users will not only have access to the latest patient information, they’ll have the tools need to drive improvements in care throughout New Mexico,” New Mexico Health Information Collaborative CIO Craig Hewitt told reporters.