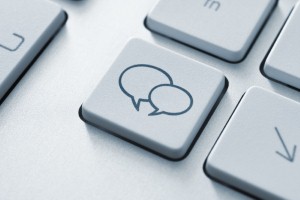 The popular social forum website Reddit may now be wishing for more control after site users almost took down some of the site’s most popular threads.

The popular social forum website Reddit may now be wishing for more control over its moderators after site users posted pornographic images and almost took down some of the site’s most popular threads.

The incident occurred on September 5 in the Reddit Q and A forum, which is the same forum that U.S. President Barack Obama used to answer questions. This time, television host Joy Behar was in the forum chatting with Redditors when fake monitors came in to steal the show.

The Daily Dot reported that some personalities bent on causing havoc impersonated one of the list’s moderators to get another person added on as a moderator. This last moderator turned out to be a troll, posting shocking pornographic images in the header and taking down other threads, like the one with Matt Atchity, the editor-in-chief at Rotten Tomatoes.

For 10 minutes, the trolls were able to successfully infiltrate Reddit. However, The Daily Dot reported that it took 30 minutes to completely clear out all of the damage done.

In this case Reddit‘s legitimate thread moderators were able to act quickly. On the social forum website, the most senior moderators wield the greatest control over the subreddit. Since the troll was the newest moderator added, the other mods were able to take everything down and ban the perpetrator, The Daily Dot reported.

The online news source speculated that the attack’s masterminds were part of a group known as “gameoftrolls.” The group consists of Redditors who gain points among each other based off completing disruptive tasks on the site. While Reddit has repeatedly banned the group’s threads, The Daily Dot said Reddit’s open and user-centric platform makes it vulnerable to these types of incidents in the future.

What could Reddit have done to have prevented this incident? Does the site need to implement more direct control to prevent future trolling? Leave your comments below to let us know what you think!