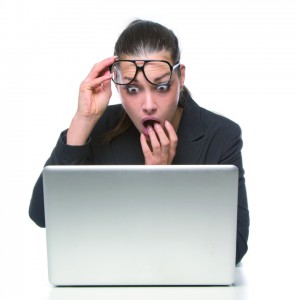 So just how much is a celebrity’s privacy worth? Almost $67,000 it would seem. Last year, Christopher Chaney, from Jacksonville, Florida, pleaded guilty to nine counts of computer hacking. In total, he hacked over 50 stars. So how did he manage to hack celebrity accounts of people like Scarlett Johansson, Mila Kunis, Christina Aguilera, and Renee Olstead?

It was actually quite simple. By using the forgot password feature, he was able to answer their security questions using an Internet search and then gained control of their inboxes. Then he cleverly requested a copy of all incoming mail to be sent to another email address – a technique called mirroring. Even after victims regained control of their accounts, they were unlikely to check if their emails were secretly being sent somewhere else.

Chaney managed to tap into financial records, confidential conversations, and even compromising pictures of many celebrities. He obtained nude photos of Scarlett Johansson that she had sent to Ryan Reynolds when they were married. Although he didn’t profit from these photos, he did forward them to another hacker and two celebrity websites, where they were made public. And with no sign of remorse, even after his first FBI home raid, Chaney didn’t stop the hacking and claimed he was addicted.

Although Chaney could face up to 60 years in prison and fines upwards of $2.5 million, the verdict has finally arrived. It turns out he won’t have to wait until he’s 95 to be released from prison. Instead, he will serve 71 months in prison and pay a total of $150,000 in compensation to Scarlett ($66,179.46), Christina ($7,500), and Renee ($76,767.35). I’ll admit it’s refreshing to see that hackers are facing consequences for their actions, but has justice really been served? Tell us what you think.