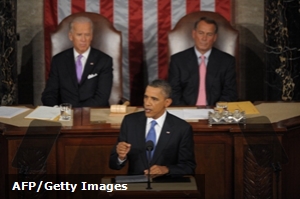 Government technology investments should be viewed in terms of business impact.

The public sector has been taking a closer look at its technology investments in recent years as agencies realize the potentially transformative effects of digital innovation. While these conversations typically center on the tools and talent that will need to be recruited, Gartner research vice president Jerry Mechling insists government IT executives should be focused on the derivative value of their investments.

Smarter collaborations
Government administration has always been an inherently collaborative pursuit. Instead of a select group of customers, offices may have to answer to the needs and expectations of millions of constituents. Coordinating how demand is measured and services are delivered can be an incredibly complex pursuit, but smart IT investments can change the plot.

In a recent interview with Governing Magazine, Mechling suggested that emerging technologies will be instrumental in organizing internal and external government services over greater distances and at higher scale. The telecommunications industry continues to flatten geographical barriers and bring remotely distributed experts closer together for important conversations. The speed and clarity of these exchanges also ensure that agencies don’t have to trade size for efficiency when designing their projects.

These newfound capabilities are enabling what Mechling calls “out of channel” or non-traditional communications such as crowdsourcing. And when the time, talents and ideas of additional contributors can be sourced, administrative hurdles that often cramp government productivity can be cleared.

Stronger insights
When a wider array of resources can be effectively organized, government offices are also in a better position to generate telling insights. When the right information reaches the right hands at the right time, everyday tasks are completed with greater ease and doors to new opportunities often open.

The city of Madison, Wisconsin, is currently providing an intriguing model for what 21st century public administration may look like. According to Government Technology, the college town has followed New York City to become the nation’s second municipality to launch an open data ordinance. Moving forward, local policies will encourage the eventual release of almost all agency data in raw format via a newly established online portal.

By fundamentally redefining their relationships with the public, agencies are expected to inspire the business community with new information and refuel economic growth. According to the news source, the city has already played host to so-called “hackathons” and startup incubation forums which place detailed municipal information in the hands of eager entrepreneurs.

For instance, open data initiatives have already spurred the development of several new software applications to streamline the delivery of such fundamental public services as snow storm response. The access to government data could also serve private sector innovators, such as energy saving computer designers attempting to get a baseline idea of local power consumption.

“We recognize that this data has been created with public funds, so it rightfully belongs to the public and should be made available to the public,” city CIO Paul Kronberger told Government Technology.

Project leaders are being careful to include the proper information security safeguards, however, and are pursuing a phased rollout which will see only certain assets released over time. Just as back office breakthroughscan streamline delivery of public services, administrative mistakes can have damaging consequences for personal privacy. As a result, government IT executives would be wise to explore the full array of system restore and recovery technologies when forming risk management and contingency response plans.

What are some of your favorite examples of government IT innovation? What areas are in need of improvement? Let us know what you think in the comments section below!