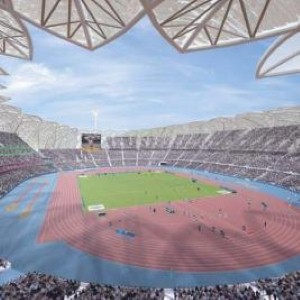 A new report detailed the top five online threats fans need to be aware of during this year’s Summer Olympics.

The Olympics bring together millions from around the world to witness some of the best athletes in action. More than 1 billion people will be following the events on a computer or mobile device, according to an eMarketer report. But the sporting event is also expected to bring in some of the world’s top hackers as well.

To counteract those targeting the games, a report came out on July 19 detailing the top five threats fans need to be aware of during this year’s Summer Olympics.

The top threat listed concerned tablets and smartphones, as unauthorized apps relating to the games could lead to problems. Another threat is from so-called drive-by downloads, in which malware gets automatically downloaded during a visit to a bad site. To avoid this issue, you should only get Olympics news from trusted sources.

Social media links, especially from spam Twitter accounts, could be damaging as it is not always easy to tell if a shortened Twitter link is legitimate or not, experts warned.

Search engines redirected by hackers to bad links and ticketing scams were also listed as potential cyber security issues, according to the report.

Already, officials for the London Games have taken pre-emptive steps at stopping hacker-related threats. In early July, organizers brought in cyber security experts to spend more than 200,000 hours testing the layered security in place for the event, according to The Associated Press.

The organizing committee has set aside about $7.8 million for technology for the event, according to the report. Sir Peter Ricketts, the British Prime Minister’s national security adviser, told The Telegraph that the 2008 Beijing Olympics had about 12 million cyber security issues.

What do you think of these tips? What are your recommended tips and tricks to block applications like the ones organizers are warning about?