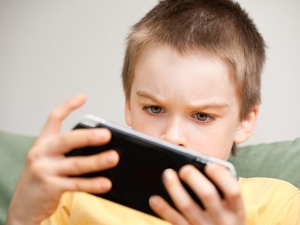 Kids love video games, so why not use them in classrooms to help students learn?

Remember those old stereotypes about video game players? Well, It turns out most are not playing from their mom’s basements, and games aren’t actually rotting your brain. Some video game developers are now making games that can be used to teach kids in classrooms. Since kids love video games, why not take advantage of their interest and get them to develop reasoning, writing and communication skills while they’re playing?

Teaching with SimCityEDU
Educators have long been scratching their heads, unsure how to deal with the problem that kids are bored in class. A recent survey found that 65 percent of students are bored at least every day in their classes. With so many different gaming devices available—most of which are stowed away in pockets or backpacks—who really wants to learn? But what if you could get the best of both worlds?

SimCityEDU, which is modeled off of the popular world-building game SimCity, is trying bring some of that fun out of kids’ pockets and into the classroom. Students play the game in class and act as mayors and builders of a made-up town. They have to build everything: roads, businesses, housing. Then they have to market the town to citizens, and keep them happy and safe when they move in.

Various lesson plans are built around the game. One lesson has students prioritize public works projects – like fixing roads or water pipes or other facilities – and explaining why they ordered them in the way they did. Students have to write a paper, test their decision making in the game and write about the results after playing.

Why would video games work better than traditional teaching?
So, why are video games in classrooms going to take off? Many people feel like there is huge potential to incorporate video games like this one into classrooms.

Joli Barker, a teacher who designed a video game for students to play on classroom computers, explained that when kids are excited about something, they can focus and complete difficult tasks. In video games, she said, players tend to fail 80 percent of the time, but kids keep playing and try to win anyway.

“If we can tap into even a fraction of this energy and enthusiasm, I thought, then we can effect the kind of educational transformation called for in the 21st century,” Barker concluded.

What do you think about video games that could help kids learn? Please share your thoughts below.