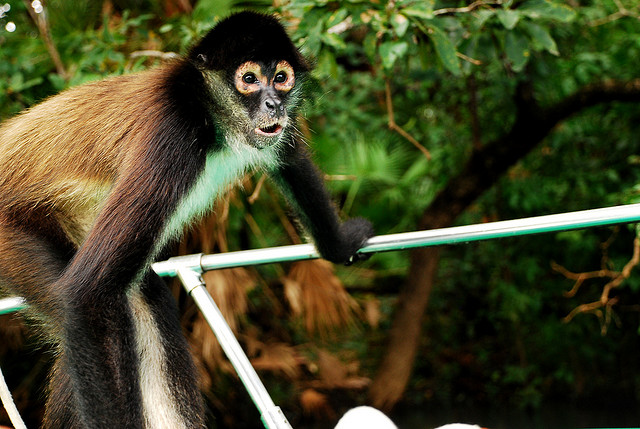 Walt Reed is the Assistant Chief of a small, volunteer, rural ambulance corps on Deer Isle, Maine. In addition to providing ambulance service to that region, he also operates a free medical clinic when he is in Monkey River, a small fishing village in southern Belize. Ted Hoskins has been working with a team of people for 10 years to help rebuild the village, which was devastated by Hurricane Iris in 2001. Working on donations and money out of their own pockets, they took on a new project each year chosen by the community. Last year they managed to install WiFi in the community’s school, along with 12 laptop computers, for the use of the students. The remote village of Monkey River didn’t have access to electricity until 2 years ago, so this small computer lab represented a huge change for them.

Being new to computing, it was all too easy for the students to fall victim to viruses and other malicious software, so following a recent trip back to Belize to help restore the students laptops to their original state, Walt reached out to Faronics to inquire about Deep Freeze, our reboot to restore solution.

Faronics: Thanks for approaching us to help with your project in Belize! You’re offering these students a fantastic way to learn and get connected with the world. What made you decide to get involved and help out the people of Monkey River?

Walt: I had wanted to participate in a medical mission in a developing country and Ted presented me with the Monkey River opportunity. Seeing the enthusiasm around how the group’s contributions were received and how a little goes a long way there, we wondered what else we might contribute that they were not in a position to initiate. Access to the internet was a natural extension in that, if their youth were to compete in the global economy, they needed to develop computer literacy.

Ted: A week after the hurricane hit, I got a phone call from a friend in Punta Gorda asking if I could get a crew together to come down and help Monkey River start rebuilding. I work in many of Maine’s fishing villages, so I had no trouble calling around and getting 25 volunteers! The next week, at our own expense, we were there…ready to work.

Faronics: How did the students react when they first logged on to the internet and began to surf around?

Walt: While I was not there when they finally got internet access, it was apparent when I did arrive that they had soaked up knowledge like enthusiastic sponges. It reminded me how eager young minds can be to take on new things.

Ted: They were excited, to say the least. And they learned amazingly quickly. These are smart kids!

Faronics: When you returned to Belize to help clear the laptops of viruses and other unwanted programs, how savvy and comfortable had the students become with the machines?

Walt: They were much more savvy and facile with the computers than I ever expected, considering the short period of time that they had been exposed to them. They were capable of finding all sorts of stuff in a very short period of time. Much was very useful in their academic pursuits while some of it we wished they had not discovered. For example, when we installed different content blocks, they figured out how to get around them in just a few days.

Faronics: What’s the most rewarding thing about being involved in this project?

Walt: I was very pleased to see how, in such a short period of time, they had developed tools that were necessary for them if they chose to leave Monkey River and make a life for themselves away from their home. We also saw how this technology could be applied to developing the unique attributes of Monkey River so that this remote community could continue to thrive in a changing world. This village, with no automobile access and being surrounded by a river, the Caribbean and the rain forest, is a gem that many others would like to discover on their travels. The internet provides them with one way to get their message out.

Ted: At the top of the list are the friendships that have grown over these years of working together. We have scholarship programs for the kids and micro-finance programs for the women and I’m helping the fishermen to get organized for co-management of marine resources but it is the close friendships we have developed that really make it worthwhile.

Visit Faronics.com to find out how Deep Freeze and our suite of products can help you implement effective layered security, whether you manage a small lab or a large-scale network.

As a long-time lifestyle and entertainment blogger, Heather is just foraying into the land of internet security and online threats. An avid traveler, skier and obsessive advocate for all things social, you'll usually find Heather with an iPhone in one hand, macchiato in the other, tweeting up a storm.