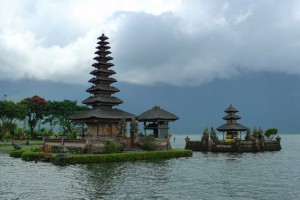 When the folks from Softchoice approached us to donate some Deep Freeze licences to a Softchoice Cares – an employee-led and employee-inspired philanthropic program – project in Bali, we were definitely eager to help out and support their mission.

Twelve Softchoice employees decided to embark on a journey that would take them half way around the world to build computer labs for local kids in Bali, Indonesia. Faronics, alongside several other software/hardware providers, agreed to get on board with the project, donating some Deep Freeze licences to the cause. The Softchoice Cares team set up 35 laptops at 7 different orphanages in April, so by installing Deep Freeze they are assured the laptops will maintain their original, desired settings and configurations. This will also scale back the amount of tech support required to run the labs.

Eric Gardiner, Communications Manager and Board Member of Softchoice Cares, explains in this post why they decided to take on this project in Bali…

At an emotional level, we came to appreciate that Bali really is a victim of its own image. Beyond the resorts and the glossy brochures, what most people don’t know is that 60 percent of the population lives in poverty. Getting an education – the one sure way to break the cycle – requires tuition fees which forces poor families with more than one child to make a decision most of us can’t imagine: choosing which child to send to school. As we learned, if you’re a girl, odds are it won’t be you. In the worst case scenarios, girls as young as 12 end up being sold off as second or third wives or even more tragically, into the sex trade.

But the biggest reason for choosing Bali was impact. The Widhya Asih Foundation (WAF) – the focus of our efforts – is an organization that supports roughly 500 orphaned children across seven different locations. They manage their operations, including all government-mandated reporting and record keeping, without any IT infrastructure whatsoever. We saw the potential to drive transformative change by providing a server and database software that will allow WAF to centralize their records management processes. Beyond the efficiencies this will create, it will also serve as a valuable training ground as local staff acquaint themselves with the basics of data entry.

The second project will be to set up a new computer training facility to enrich the educational experience for the 500 children WAF supports. The impact here is significant. High school graduates who are computer literate can earn good salaries, or go on to higher education. That’s how you break the cycle of poverty. And that’s the goal of this mission: to use technology to create a better future for 500 children.

Read more about the fantastic work Softchoice Cares is doing all over the world.

As a long-time lifestyle and entertainment blogger, Heather is just foraying into the land of internet security and online threats. An avid traveler, skier and obsessive advocate for all things social, you'll usually find Heather with an iPhone in one hand, macchiato in the other, tweeting up a storm.