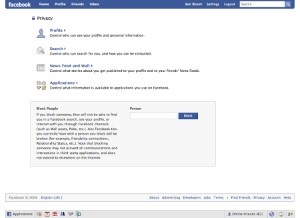 Facebook recently ran into a bit of legal trouble when five users sued the social media website for violating California privacy laws. The Facebook feature in question is the “sponsored stories” area, which advertises companies your friends have liked. The advertisement includes your friend’s profile picture.

What’s the problem? According to a recent Reuters article, the plaintiffs said Facebook was using likenesses without permission, compensation or a way to opt out of the feature. The details of the case were recently made public, and Facebook has agreed to pay a $10 million settlement. But the plaintiffs weren’t out for financial gain themselves. The money was paid as a cy-pres settlement, which means it goes directly to charity.

“California has long recognized a right to protect one’s name and likeness against appropriation by others for their advantage,” wrote U.S. District Judge Lucy Koh, who was quoted in the article.

Facebook’s recent privacy changes have also come under scrutiny, according to a PCWorld article. The company allowed users to vote on changes to the privacy policy, which were meant to clarify how Facebook collects and leverages its users’ data. After final tallies, the changes had only been supported by 13 percent of voters. However, the voter turnout was not enough for additional changes to be made. Although Facebook announced it would accept the vote if 30 percent of the website’s active user base participated, only 342,000 people cast their votes.

“A very very small minority of people that use Facebook voted, which was pretty disappointing from our point of view,” said Facebook spokeswoman Jaime Schopflin.

Do you think Facebook handles user privacy well? Should more be done to protect users’ private information? Let us know in the comments section!