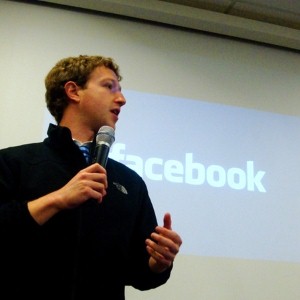 “Congratulations! You’re our one billionth customer!” Hopefully some lucky user received this notification because as of September 14, TODAY reported that Facebook has more than one billion users.

In an interview with TODAY’s Matt Lauer, Facebook CEO Mark Zuckerberg said it was “an amazing honor” to have the social media platform hit the one billion user mark. Zuckerberg also noted that he anticipates improving Facebook’s mobile capacity as a way of gaining more users.

To get a sense of how many Facebook users there are, consider that one out of seven people on the planet have a Facebook account. Or how about this: Facebook has more than three times as many users as there are people in the United States!

Steve Rubel, of the public relations firm Edelman, was quoted on TODAY.com as saying, “I don’t think in the history of the world that there’s been a single medium that amassed a billion users as fast as Facebook did.” He included radio, television and even mobile phones.

In addition to one billion users, here are some other impressive stats that Facebook has racked in the last eight years, as reported by TODAY:

The staggering number of users reawakens the question of whether Facebook is safe to use. In addition to news from earlier this year that approximately a tenth of all Facebook accounts are fake, some Facebook accounts are used by terrorists. A September article from The Sunday Telegraph noted that members of the Taliban posed as attractive women on Facebook to gain military secrets from Australian troops. Users that don’t block applications may at least want to consider blocking a few friend requests.

Do you have any worries about using Facebook? Have you ever had unsolicited friend requests?