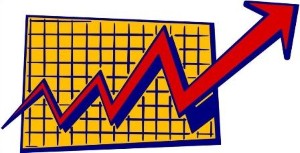 Investor pressure may be influencing Facebook’s decision to offer user information to advertisers.

Step right up! Step right up! User data goes to the highest bidder! At least that’s according to a recent Wall Street Journal article which reported that Facebook is beginning to entice more advertisers with user data.

Facebook now allows marketers access to personal information listed on user profiles, such as addresses and phone numbers, in order to better tailor advertisements. According to WSJ, some ads follow the movement of Facebook users outside of the social network in an attempt to understand how online shopping habits are related to what users see while on the website. In addition, starting in the summer, Facebook began using identity data to deliver targeted ads via smartphone apps. Since many third-party apps also access profile information, many users may want to block applications in order to better protect their privacy.

According to Facebook, retailers and advertisers do not get information about individual members, but instead receive aggregate data that informs them if an ad campaign has been effective or not.

Gokul Rajaram, the manager of Facebook’s ad products, was quoted in the WSJ article as saying, “We have been working to make it easier for marketers to reach the right people at the right time and place,” adding that this had been done “in a way that respects user privacy.” Despite this assurance, the article also noted that Facebook has not said which advertisers receive user information.

The Electronic Privacy Information Center (EPIC) filed a complaint to the Federal Trade Commission over Facebook’s new business practices, WSJ reported, claiming that Facebook signed a settlement with regulators in July that required the company to clearly disclose and obtain consent from users before sharing information with a third party. EPIC said that the FTC has not responded quickly enough to the complaint.

Though Facebook’s ad targeting capabilities are similar to Google and Yahoo, Facebook has the advantage of offering volunteered personal information such as tastes and interests. According to WSJ, that value of social advertising is nothing to scoff at, considering Facebook’s $3.7 billion annual ad business.

Investor pressure may become an important factor in Facebook’s digital advertising push. Despite the high expectations that came along with Facebook’s stock becoming publicly trade, it has struggled to meet or fulfill expectations. A CBS News Money Watch article detailed that part of the company’s struggles are directly related to investor fears about Facebook’s ability to continue its revenue growth.

What do you think: Is it okay for Facebook to sell user information to advertisers? Do you think there are too many ads on Facebook?