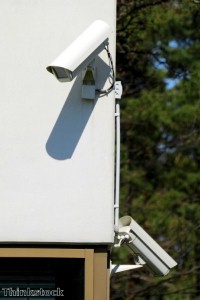 Facebook is looking at what people have to say in chat and personal messages, and is monitoring for suspicious behavior. Luckily, most people will be in the clear. The site isn’t going to turn you in for complaining about your boss or that you faked being sick to stay home. But it is looking for signs of potentially criminal behavior.

Facebook and other social media websites are using technology to scan user conversations and identify sexual predators, according to a Reuters article. The software uses text analysis to spot inappropriate language and identify when private information such as home addresses is being shared. Then it makes use of personal data to flag high-risk conversations. So, a little flirting between consenting adults won’t get anyone in trouble. However, a little more than flirting between an adult and a teenager would look a little suspicious to the software.

Not all monitoring software is created equal, though. The article went further by identifying some things good software does compared with poor monitoring solutions.

“The better software typically starts as a filter, blocking the exchange of abusive language and personal contact information such as email addresses, phone numbers and Skype login names,” the article states. “But instead of looking just at one set of messages it will examine whether a user has asked for contact information from dozens of people or tried to develop multiple deeper and potentially sexual relationship, a process known as grooming.”

At least in Facebook’s case, each flagged conversation is also reviewed by an employee to account for software glitches.

Mixed efforts to mitigate threats to children and teens
Several states in the U.S. have taken a more aggressive approach to limit the ability of sexual predators to target children and teens. According to a recent Vancouver Sun Article, states like Indiana ban sex offenders from accessing social networking websites with underage individuals and other states require offenders to list their crimes on social media profiles.

However, efforts like those may be going about protecting youth in the wrong way. The article highlighted comments from Merlyn Horton, executive director at the Safe OnLine Outreach Society, who said it is better to focus on educating children. One of the issues Horton identifies is the difficulty in identity verification. The other challenge is in countries like Canada, where the sex offender registry isn’t made public.

“Can you bar somebody from having a Facebook account,” said Horton. “What if they have an account under a name they make up, under their brother’s name, or under the name of someone they pay to let them use their name on a Facebook profile?”

Even if you’re not being targeted by criminals, it’s still a good idea to keep yourself safe on social networking sites. Block applications you don’t use to mitigate the risk of malware and only friend people you actually know to protect your private information from social engineer hackers.

Do you think sex offenders or any other criminals should be required to list their crimes on social media websites? Do you agree that educating children about this issue is the best way to keep them safe?