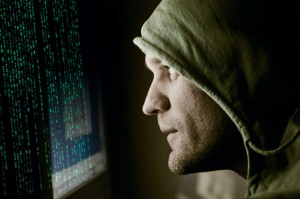 Botnet operators recently had their plans foiled by Facebook.

Anytime Facebook finds itself in the same sentence as a government agency these days, there’s a good chance it means the site’s privacy policies are being placed under further examination. But last week, the social media giant joined federal officials to announce an undeniably positive development. Ten individuals with ties to the Butterfly Botnet cybercrime ring were arrested across four continents in an impressive display of international law enforcement.

According to the FBI, the massive malware network is thought to have compromised as many as 11 million computer systems worldwide. By harvesting personal and financial information stored on these machines, hackers may have collectively walked away with more than $850 million in fraudulent revenues.

Local authorities from Peru to Macedonia were lauded for their collaboration in bringing the suspects to justice, but to the surprise of some, it was actually Facebook’s internal security team which pointed them in the right direction.

Persistence pays off
As one of the world’s most visited web destinations, Facebook is no stranger to the machinations of clever cybercriminals. According to the social network’s internal blog, its administrators began tracking the progression of the Yahos malware strain in 2010. Little did they know, that threat would later be paired with a separate virus to form the underpinnings of the Butterfly Botnet.

“Once we were able to identify affected accounts, we were able to mitigate the threats posed by these viruses,” Facebook security officials wrote. “As a result of our research, we were able to provide intelligence to law enforcement agencies about the capabilities and architecture of the malware. Facebook has seen no new infections since October 2012.”

Now that federal investigators and their team of international collaborators have foiled the Butterfly Botnet ringleaders, talk has shifted toward prevention. Security experts know the next major threat may be just around the corner, so any lessons gleaned from the success of others could be invaluable.

While the heavy lifting will invariably fall to trained professionals such as Facebook’s security squad and federal computer forensics experts, there are still plenty of ways the common user can avoid becoming a cybercrime statistic.

According to the FBI, applications and operating systems should be diligently updated on desktop and mobile devices, with continuous monitoring performed by virus scanning tools. Internet connections should also be disabled on dormant machines as intruders can conduct malicious operations after users leave computers unattended and before they restart and restore their sessions. Finally, those that do discover an infection should report damage up the proper chain of command so that additional insights can be gathered and intelligent intervention advice can be issued.

How can you be certain your computers stay out of the botnet ranks? What are your short- and long-term protection plans? Let us know what you think in the comments section below!