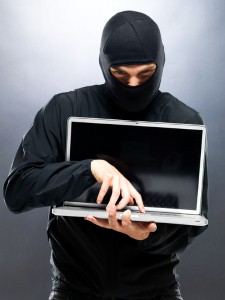 The pictures and status updates posted on Facebook, Twitter and other social networking sites, as it turns out, are viewed by more people than just friends and family. Criminals may now want more application control for their profile pages, as police forces are increasingly using social media to gather evidence and catch lawbreakers.

According to a LexisNexis survey from July, more than 80 percent of federal and local law enforcement authorities said they use social media websites during some criminal investigations. Close to two-thirds of all those polled said that social media helps them to more quickly solve crimes, and about half said they were on a social media site at least once a day.

For example, GigaOm reported last month that New York City police officers were able to find out about the criminal dealings of one Bronx resident from Facebook. The man had privately admitted to crimes to a small number of close associates on the social networking site. One of his Facebook friends passed that information along to police. U.S. District Judge William Pauley said such evidence was allowed in court, writing in his decision on the case that the man’s “legitimate expectation of privacy ended when he disseminated posts to his ‘friends’ because those ‘friends’ were free to use the information however they wanted – including sharing it with the Government.”

CNN reported that police in Cincinnati, Ohio, used Facebook posts along with other publicly available records to arrest 71 people on gang-related charges in 2008. In another case that year, authorities in Texas used a MySpace posting to arrest one man for murder.

“Some ‘public’ information takes a bit of maneuvering to find,” Heather Kelly wrote in an August 30 CNN.com article. “Someone can have their Facebook settings as private as possible, but their friends or relatives might not be as savvy, allowing police to collect information by looking at what a suspect posts on their friends’ public pages.”

How police use social media to gather non-publicly available information
Outside of posts shared with associates, CNN reported that law enforcement has been know to use other means to find out about someone’s criminal past. Just as police officers have been known to go undercover in real life, so too have officials gone undercover on Facebook. Police use a fake account to befriend a suspect online, and then will use that information to obtain an arrest.

While a Facebook security official told CNN that the social networking site dislikes this practice, an estimated 83 percent of officers said such a tactic was ethical. Hanni Fakhoury, a staff attorney at the Electronic Frontier Foundation, told the news source that these undercover practices are usually upheld as legal by U.S. courts.

Additionally, police forces have used the power of subpoena to force social media sites to turn over information to law enforcement officials, according to CNN. For example, evidence turned over to police by Facebook helped to convict a Minnesota man of attempting to solicit illicit contact with minors.

Twitter and other sites have at times expressed reticence about turning over user data to law enforcement, but the LexisNexis survey respondents said that the courts allow for search warrants to cover online profiles about 87 percent of the time.

Even though police are increasingly turning to social networking websites to gather evidence, many law enforcement officials have received little or no official training concerning the sites. The LexisNexis survey found that only about 10 percent of officers received formal social media training, and one Cincinnati police official told CNN that a 22-year-old woman provided the department with its Facebook-related training.

Should police forces have more or less leeway when it comes to using social media to gather information? Leave your comments below to let us know what you think!