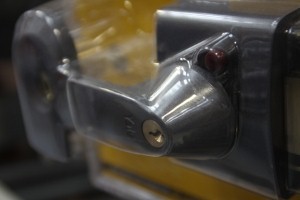 Batten down the hatches! That’s what social media sites must have been saying after recent large-scale hacks of LinkedIn and eHarmony. Facebook is certainly trying to run a tighter ship: the social networking giant is taking proactive measures in order to guard its users against potential password security threats.

“At Facebook we are always working to improve our systems and products so you can use them anywhere, any time, and on any device,” Facebook posted on its blog. “We’ve spent a lot of time over the past few months making sure that your mobile experience is just as good as when you’re at home sitting at your computer. As such, we are happy to announce a few improvements to our safety and security products that will now be available to the nearly half billion users that access our site using a mobile device.”

The Facebook blog highlights two major changes the company is making for users who access the site using mobile phones. The first feature, called “code generator,” is designed to make it easier for users to securely access their accounts on new devices. Users who enable the code generator will now be able to receive an authorization code through the Facebook app on their phones, eliminating the need to rely on texting services for this. Additionally, users will also be able to hide or report as spam content they don’t want to see, using touch-enabled devices.

Facebook has also made efforts to enhance security for computer users. The website recently announced it will inform users who have been infected by DNSChanger malware, a type of malware that changes DNS settings on computers and connects them to malicious websites.

The FBI recently announced that 350,000 users are still affected, even though the Bureau busted a group of hackers responsible for a large number of infections. Authorities set up replacement servers so that users wouldn’t suddenly lose internet access. However, those servers will go down on July 9, and users who are still infected will not be able to connect to the web.

Do you plan to make use of Facebook’s new security features? Were you affected by DNSChanger malware?