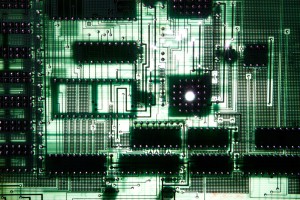 Does an energy saving computer really exist? Can technology be environmentally friendly, or are such claims just a farce? The answer to those questions depends on who you ask.

Does an energy saving computer really exist? Can technology be environmentally friendly, or are such claims just a farce? The answer to those questions depends on who you ask.

Yes, green technology is real
Mobile phones, which are slowly becoming the go-to source for computing for many people, are in fact cleaner now than before. According to a recent report from ifixit.org and HealthyStuff.org, 36 of the most popular cellphones now on the market contain fewer compounds known to wreak environmental havoc than did mobile technology in 2010. While today’s smartphones are still made using known contaminants such as lead and mercury, they are found at levels much lower than was seen in the past.

The report issued scores between zero and five, with low scores indicating lower levels of contaminants. According to the most recent findings, cellphones average a score of 2.75. In comparison, mobile phones averaged a five in mid 2007. Some of the cellphones with the lowest levels of known contaminants include the Motorola Citrus, the iPhone 4S, the LG Remarq and the Samsung Captivate.

“In general, the results are hopeful,” Kyle Wiens wrote in an October 2 article on ifixit.org. “Newer phones are being made with fewer hazardous chemicals: every phone that was ranked of ‘high concern’ was released before 2010. The newest phones, including the iPhone 5, are some of the best.”

No, eco-friendly claims are malarkey
While the report did show that cellphones are being made with fewer toxic chemicals, smartphones still contain known contaminants such as arsenic. The materials used to make modern technology mean that even the most efficient energy saving computer cannot truly be considered eco-friendly, according to The Guardian‘s Lucy Siegle. She also cited the substandard conditions at mining sites for the metals used to construct modern technology as an example of how even supposed green technology is not always that environmentally friendly.

“Brands and consumers [prioritize] perfection over people (and planet),” Siegle wrote. “So ethi-tech (as I’m calling a hoped-for sustainable technological revolution) has yet to get going.”

An ideal way to monitor PC power usage from the manufacturing process would be to use recycled components, Siegle said. However, the rapid pace of technological change means that the parts used to make tablets, computers and smartphones are more intertwined than ever, so it is more difficult to recycle parts.

Does the smartphone study give you hope that technology is becoming more eco-friendly, or do you share Siegle’s belief that no device is truly green? Leave your comments below to let us know what you think about this issue!