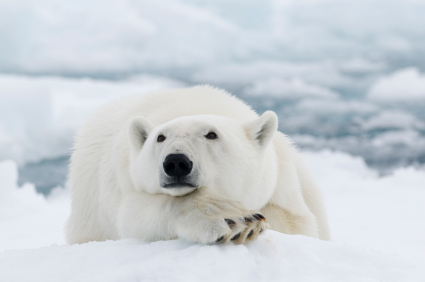 “I recognize that polar bear…Deep Freeze right? Yeah, you guys are the Deep Freeze makers!”

In June 2000 Faronics printed off a few thousand mini-CDs. The image on them was of a frozen tundra landscape with a white polar bear roaming the rigid climate.

That was the first use of the bear tied to the Deep Freeze brand.

Over the years the polar bear has become part of Faronics. Our flagship product Deep Freeze has been sold and deployed on over eight million workstations in fifty countries worldwide.  It’s no wonder that people recognize the Deep Freeze polar bear more than the Faronics name!

Unfortunately polar bears are also one of the most endangered species in the world.

Since 1978, sea ice cover has declined by approximately nine per cent per decade, and the rate of melting appears to be increasing each year. Polar bears depend on sea ice as a hunting platform. Without sea ice, they have difficulty meeting their dietary needs and mating.

Unlike malware and system corruption, where Faronics Deep Freeze can restore it all, the effects of global warming, deforestation, and pollution cannot be restored with a simple reboot.

We need to prevent the damage already done in the real world…Don’t forget the polar bear!

Cesar would rather DO than observe. Observing wastes too much time. He spends his time learning about cultures, religions, traditions and society as a whole.