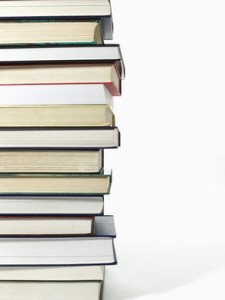 The backaches and headaches associated with school textbooks may soon be a thing of the past as more tablets find their way into the classroom. Apple’s much anticipated iPad Mini and Microsoft’s Surface are just two of the products that have the potential to change how teachers and students traditionally engage with textbooks. As more schools adopt innovative classroom software and hardware, the traditional image of the student may shift to the tablet-wielding pupil of the digital age.

A recent GigaOm article discussed some of the advantages of digital textbooks, along with some lingering hurdles that have to be passed. According to the article, the learning experience that comes with being able to access digital textbooks on tablets is more engaging and capable of adapting to student needs. In addition, the article cited the findings of a Digital Textbook Collaborative report on the cost of shifting to digital textbooks. The report found that the shift would cost between $250 to $1000 per student per year. However, it also reported an estimated cost-savings of $600 per student, which stems from such factors as increased teacher attendance, reduced papers costs and online assessments.

There are some hurdles that are complicating the speedy transition to tablet-driven education, including an infrastructural challenge. The article cited a 2010 FCC survey which found that 80 percent of schools did not have broadband connections that met their needs. Without more bandwidth, an influx of mobile technology could overtax school networks.

Associated Press writer Josh Lederman reported that Education Secretary Arne Duncan recently weighed in on the future of digital textbooks. Speaking at a National Press Club, Duncan said, “Over the next few years, textbooks should be obsolete.” Duncan went on to explain that the conversion to digital textbooks would be a way to keep up with changing international education practices. The article noted that 22 states have already adopted policies that encourage the use of digital textbooks.

Could iPad and Surface tablets be useful in the classroom or will they just become distractions? Let us know what you think in the comments!