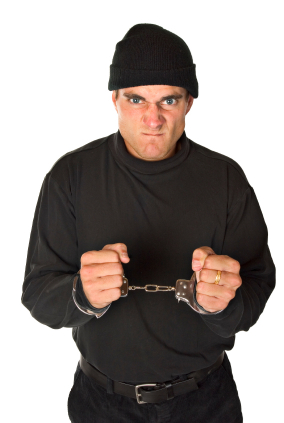 The Police Central E-Crime Unit (PCeU) of London’s Metropolitan Police Service announced the sentencing of two major cybercriminals today. Finally justice is being served and cyberciminals are no longer above the law. Cops – one, cybercrooks – zero.

If you do the crime, you’ve got to do the time. And this is no exception. Yurily Konovalenko (29) and Yevhen Kulibaba (33) of the Ukraine each received a hefty sentence of 56 months in jail after pleading guilty. So far the PCeU has jailed 13 people for their roles in defrauding the UK banking industry.

This highly sophisticated attack used banking Trojans to infect personal computers of account holders. Once the malicious software was installed, confidential information was capture and later used to access the accounts. The extent of the fraud has yet to be finalized, but at least $4.5 million USD was stolen.

International organized crime rings are often difficult to take down and require high level cooperation between multiple law enforcement agencies. Thanks to the hard work of the Metropolitan Police, the UK banks, the FBI, and other assorted agencies, this illegal network has been dismantled.

The moral of the story is that cybercrime comes with real consequences.  Hopefully it will deter future criminals from following the same path. In the meantime, online bankers are encouraged to exercise caution and ensure all operating systems and anti-virus programs are up to date at all times.