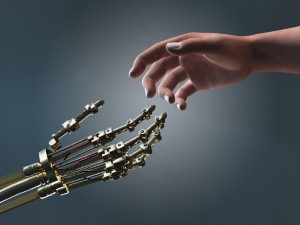 Researchers at the University of Cambridge recently organized a new center designed to look at the possibility that today’s computer technology morphs into tomorrow’s threat to humanity’s very existence.

In the plot of the 1984 sci-fi movie classic The Terminator, a cyborg (memorably played by Arnold Schwarzenegger) returns to earth to take down the woman responsible for birthing humanity’s last hope of surviving a future robot takeover.

This type of scenario appears in countless Hollywood tales, but could that fiction ever be reality? To find out, researchers at the University of Cambridge have recently created the Centre for the Study of Existential Risk (CSER), designed to look at the possibility that an energy saving computer today morphs into tomorrow’s threat to humanity, Gizmag reported.

“We hope that CSER will be a place where world class minds from a variety of disciplines can collaborate in exploring technological risks in both the near and far future,” said Huw Price, the Bertrand Russell Professor of Philosophy and one of CSER’s three founders, according to The University of Cambridge Research News. “Cambridge recently celebrated its 800th anniversary – our aim is to reduce the risk that we might not be around to celebrate its millennium.”

According to Cambridge, CSER – whose founders include a philosopher, a software engineer and a scientist – will look at to what extent artificial intelligence poses a threat to human life. Also, CSER will analyze the impact on humanity of a machine or software that has the capability of forever altering our lives and if humanity can outlive such a development.

Isn’t this a little far fetched?
While the idea of computers making humans extinct and overstepping the bounds of natural biology is straight out of science fiction, the CSER team noted that they will look at more subtle ways in which technology is changing humanity as well. After all, Gizmag reported that so much of what people do on a daily basis is already based on computers – cellphones, traffic lights, cars, etc.

“The threat of [gorilla] extinction is not borne in human hostility, but exists through our manipulation of the environment in ways that suit us best,” the online news source said. “This actively, though unintentionally, works to the detriment of their survival. Being the more intelligent force, [artificial intelligence] has the potential to create a similar paradigm between itself and humanity.”

According to Gizmag, CSER will be taking a holistic look at how technology affects our everyday lives, looking at potential trends in computing to see where technology may be headed and whether that will ultimately be good for humanity.

Is this type of research a worthwhile way to use university resources, or should these Cambridge professors be focusing their efforts elsewhere? Do you think computers will ever rise up against their human overlords and take over the world? Leave your comments below to let us know your thoughts about CSER!