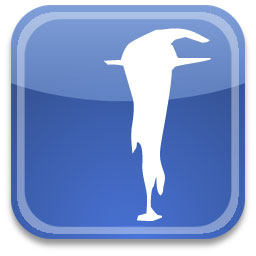 The mobile market really is heating up, and it looks like another Big Bad wants to get in on the action. Mashable reports Facebook is creating its own smartphone, and integrating the social network far deeper than on any other phone before. How far? Further than any hellmouth—this phone is code named “Buffy”.

Much like how a demon modified human makes a great Vampire Slayer, Facebook’s “Buffy” phone will be a modified Android HTC. With heavy tweaks to pump the social network throughout the phone’s veins, Facebook hopes the result will make it the chosen one among smartphone users—to stand alone against the competition.

Truth be told, this is less about becoming a number 1 selling phone. It’s about breaking free of the limitations an app places on Facebook. Embedding a “social layer”—shortened to “slayer” (get it?)—deep into a smartphone’s OS will let it do a whole lot more sharing. Facebook got dusted with Apple’s move to integrate Twitter with iOS 5—so it looks like this is an aim at striking back.

As much as I love Facebook (and Buffy), I don’t know how successful a Facebook phone would be. Maybe it is too early to tell? Facebook may be big, but can it really compete against the likes of Apple’s iPhone? Or other big name smartphone models powered by Google’s Android OS?  Facebook will have its work cut out for it to stake a claim in an already packed mobile marketplace.

Lastly it could make for an interesting conflict of the Big Bads. Android is Google’s open-source OS and Google has its own social network. Prepare for a battle between Android with Google+ vs. Android with Facebook—could bring on the end of the world!