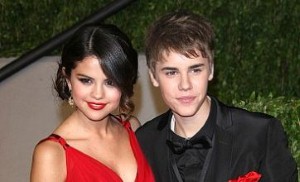 Justin Bieber and Selena Gomez may be able to rest a little easier with Facebook’s security updates.

Facebook has some good news for celebs like Justin Bieber and Selena Gomez. Security updates to the social media site’s “Pages” feature have arrived.

Spammers and hackers will have to go through a lot more work to compromise an entire brand thanks to Facebook’s changes. According to a recent ITPro Portal article, the new updates are centered around access control. Page admins can now set different roles and responsibilities, as well as restrict account access for multiple users who manage a page. The different roles have varying levels of power over a Facebook page. Managers have the highest level of access. In addition to creating page posts and deleting page comments, they can also manage the roles of other admins.

More privacy could be a welcome feature for the Biebster and his girlfriend, Gomez. Gareth Crosskey recently hacked into Selena Gomez’s Facebook page and posted “Justin Bieber sucks.” Crosskey posted similar comments about Bieber on Gomez’s Twitter page, and threatened to release private emails between Bieber and Gomez after hacking the actress’s email account.

Although Crosskey boasted about his clever hacking on YouTube, other hackers may want to be a little quieter about their exploits. Crosskey was sentenced to one year in prison for violating the U.K.’s Computer Misuse Act, and was reprimanded by Judge John Price.

“You are clever with a computer and you hacked into the private part of somebody’s Facebook account -that somebody was a singer, a celebrity called Selena Gomez,” the judge told Crosskey. “People deserve privacy and should not [have] their private correspondence by email made public.”

What do you think about Crosskey’s actions? Did Judge Price’s sentence fit his crime? Are Facebook’s security updates enough to protect the privacy of high-profile actors and actresses?