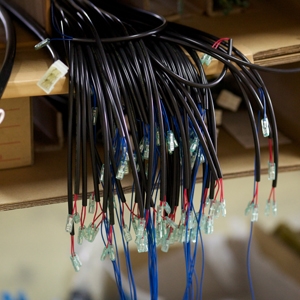 Baltimore could use some good news on the technological front. Following the infamous reign of its former chief information officer, Rico Singleton, who was forced to resign last year under a cloud of ethics violations, Charm City needed a strong, honest voice to help carry it into the next era of advanced technology. Mayor Stephanie Rawlings-Blake thought she had found the right person in the former CIO for the Washington, D.C. Public Library (DCPL), Chris Tonjes. Now, it’s up to Tonjes to put the murky past of his inherited department behind them and push the city’s tech scene forward.

The first step in that mission is to upgrade the city’s infrastructure and set a foundation that can be built upon in the future. Tonjes spent his first few months in office examining Baltimore’s existing technological framework and looking for ways to improve it. He identified the city’s fiber network as an initial target for enhancement, planning to expand it by nearly 25 miles and bringing broadband connectivity to areas of the city currently lacking it.

As reported by Government Technology, Tonjes said, “I have been working on improving on a lot of our infrastructure to modernize it and make it much more reliable.”

Infrastructure upgrades are an imperative for Tonjes’ ultimate goal to shorten the digital gap between the city’s impoverished and wealthy citizens. During his time with DCPL, he was able to bring modern technology to the masses, increasing the amount of public access computers by nearly 400 percent and installing high-speed broadband at every library branch under his direction. Tonjes also spearheaded an initiative to use federal grant money to provide free computer education classes. That program allowed low-income residents to write resumes and apply for jobs with government-owned, classroom computers.

Although his department is pushing for infrastructure reform and expansion, Tonjes is looking to cut down on the city’s tech budget as well, believing that municipal spending could be reduced by eliminating unnecessary programs and expenditures, including extraneous investments in software development.

Tonjes knows how important digital competence will be for the future success of Baltimore’s citizens. By placing a premium on technological upgrades and availability, tomorrow could be a brighter day for a city struggling with unemployment.

According to the Washington Post, Tonjes said in 2011, “We believe there is a correlation between internet access, computer ownership and employment rates.”

Should city’s be focusing on upgrading their technological resources? How imperative is computer literacy for succeeding in today’s economy? Tell us what you think in the comment section below!