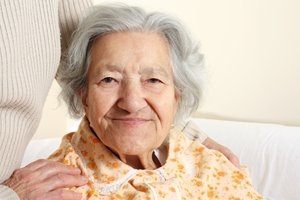 The algorithm searches for risk factors that typically go unnoticed by doctors in a trauma setting.

Recent technological advancements have been a great boon to members of medical community. Electronic health records and cloud data storage have allowed doctors across the country share information and streamline the treatment process. Automated surgical instruments have increased precision and lowered patients’ risk when going under the knife. While most medical tech advancements have focused on facilitating the efforts of a doctor, the latest development aims to take on some of their duties. Researchers have designed a computerized algorithm that may be able to predict which trauma patients are at the greatest risk to die.

The algorithm was designed by researchers at Utah’s Intermountain Medical Center. First introduced last year, the tool was intended to be used to measure the likelihood that a patient who had suffered a heart attack would be readmitted at a later date. The algorithm, called Intermountain Risk Score, has been repurposed for even bolder aspirations.

Testing for at-risk patients
Based on clinical tests conducted by Intermountain researchers, the Risk Score algorithm could be used to identify trauma ward patients who are at a greater risk to die, regardless of how badly injured they are. The tool processes risk factors including the patient’s age, body-mass index and gender. The key to the algorithm’s predictive abilities, however, is the utilization of two blood tests, a patient’s basic metabolic profile and complete blood count. By comprehensively examining aspects of a patient’s blood, the algorithm is able to bring to light symptoms of anemia that may otherwise go unnoticed in a trauma setting.

“There are certain values, such as hemoglobin, hematocrit, and platelets that we scrutinize closely as part of good clinical care, but then other parts, such as the red blood cell distribution width that we pay no attention to at all in the acute setting,” Intermountain Medical Center researcher Sarah Majercik said in a statement.

Men more at risk for complications
Reviewing trauma records spanning a six-year period, Intermountain researchers examined the cases of 9,538 patients, using the algorithm to categorize them based on their mortality risk levels. According to their research, the difference between high-risk and low-risk patients was much more pronounced in men than women. High-risk men were nearly 58 times more likely to die than low-risk men, while high-risk women were 19 times more likely to die than those categorized as low-risk.

The goal of any piece of medical technology is to enhance the treatment provided to patients and ultimately save lives. If this new algorithm proves to be predictive in real trauma situations, doctors will have a new tool to fight life-threatening conditions that lurk just below the surface.

Should the Intermountain researchers’ algorithm be implemented at more hospitals? Are computerized algorithms the future of clinical diagnosis? Tell us what you think in the comments section below!