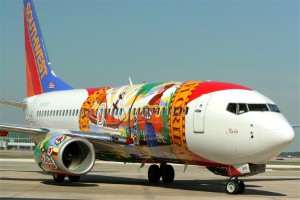 Southwest Airlines probably now wishes it had more application control over its promotions after a recent computer glitch overcharged customers.

That vacation flight may have cost more than you bargained for. Southwest Airlines probably now wishes it had more application control over its promotions after a recent computer glitch overcharged customers.

After the airline reached more than 3 million fans on Facebook, it offered a special promotion in which tickets bought online August 3 would be half off. For some people though, the tickets were no bargain. According to The Associated Press, a few customers were overcharged, resulting in thousands of dollars in extra fees.

“No, it wasn’t a hack, it was just a technology glitch in our system that caused that,” Ashley Dillon, a Southwest spokeswoman, said to the AP.

Upset fans took to Facebook to vent their frustrations. Complaints on the social media site ranged from people not being able to access the site at all during the promotion period to others being charged more than $9,000 by the airline.

Southwest has resolved to refund all those affected by the glitch. Those affected had to deal with overdraft fees, suddenly depleted checking accounts and maxed-out credit cards, the AP reported.

“Our employees worked tirelessly to resolve the issue and have confirmed that the duplications are no longer occurring,” Southwest said in a statement on its website on August 5. “By initiating an ‘all hands on deck’ approach, we have identified all customers impacted and proactively initiated refunds back to their financial institutions for any erroneous bookings.”

The airline’s response made things worse for some, as Southwest also canceled the reservations of those not initially affected by the glitch. The company has responded to that issue as well, vowing to restore all of those flights.

What steps can you take to make sure a glitch like this wouldn’t hurt you? How do you prevent damaging glitches from happening on your computer?