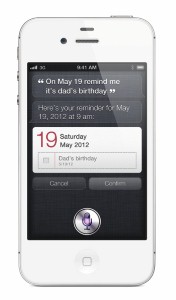 Siri: What are the latest malware threats?

While working in a large enterprise can be cumbersome due to the number of people needed to approve just one decision, it does have its perks. Bigger businesses have a larger pool of resources to hire more IT security staff, making it more difficult for cyber criminals to navigate through the corporate firewall and steal valuable information. IT security is one area that many small- and medium-sized businesses sacrifice for better agility and faster decision-making, but that doesn’t mean they can’t protect themselves. It just means going a little beyond traditional security practices.USAToday columnist Byron Acohido recently discussed several threats that can plague small businesses. Acohido highlighted an incident in which insurance brokerage Jones & Wenner was victimized by a spam campaign. In just weeks after switching to a free web email service, the company was flooded with links containing everything from phishing scams to malware. After one employee mistakenly opened a malicious file, the company’s network was infected by a virus that was able to migrate between computers.

Application control to stop malware in its tracks
It is especially important for SMBs to adopted a layered security approach for protecting sensitive data and maintaining the functionality of their systems. Antivirus software can provide a basic level of security, but it isn’t enough to provide protection in a world in which cyber criminals can buy and customize malware. This is where system restore and recovery, and application control software comes in – especially when augmented by a little employee security training. Traditional cybersecurity solutions are effective against known, patched threats, but fall short when it comes to defending against the unknown. And the number of unknown threats is getting significantly larger!

Zero-day Java exploit
A zero-day threat is any exploit that has yet to be patched. As Macworld columnist Gregg Keizer pointed out, two new Java vulnerabilities were recently discovered. What is a little more telling is how quickly cyber criminals were able to take advantage. According to Keizer, the exploits have already been added to the Blackhole toolkit, which is widely utilized by hackers to deploy malware. Just like downloading a patch for antivirus software, virus developers can get patches for their programs too. Unfortunately, it seems like the bad guys are getting faster at updating than the good guys.

“Oracle is unlikely to patch this ahead of their scheduled October update and that’s plenty of time for evil-doers to profit if we don’t block until then,” said Daniel Veditz, a Firefox security engineer, who was quoted in the article.

One of the dangers of programs that target platforms such as Java is that they can compromise both Windows and Mac security. As Keizer reported, the current suggestion from the makers of Firefox is to disable Java until the exploits are fixed. Some Apple users may be somewhat ahead of the game, though, as both Lion and Mountain Lion do not automatically come bundled with Java 7. However, when users encounter web content that requires the platform, OS X asks for permission, so some Mac users may still have to tread carefully.

“Although the current exploits – and Blackhole – target only Windows PCs, some machines running OS X will also be vulnerable to attacks if hackers integrate the Java zero-days in Mac-specific malware,” Keizer wrote.

Have you been infected by any viruses or other malware recently? What did the program do and how did you respond?