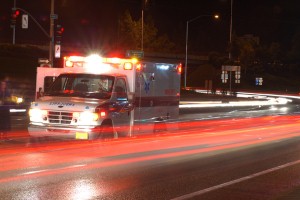 While cellphones have made it easier to call for help for to report a crime, one company thinks that first responders could also benefit significantly from mobile technology.

These days, it is almost impossible to miss the effect that smartphones and other mobile technology has had on our lives, from affecting how we interact with one another to how we conduct business. Yet, one of the areas that has not been affected much by mobile technology are 911 call centers. While cellphones have made it easier to call for help for to report a crime, one company thinks that first responders could also benefit significantly from mobile technology.

“911 is one of those crucial old-world telecommunications services that has adjusted to the mobile era but never embraced it,” Ryan Kim wrote in a September 26 GigaOM article. “But if Location Labs has its way, calling 911 from a mobile phone will be a reliable and intelligent experience that is more useful for emergency workers and more reassuring for families.”

Proposed improvements
Roumeliotis said to GigaOM that one way in which technology could enable call centers to remotely access real-time information about the caller, making response more efficient. For example, a cellphone equipped with Location Labs software could relay medical information to first responders and also data about who the caller had been in contact with previously. In addition, the 911 call center would be able to access the caller’s Facebook page, so that the police and ambulances know which face to look for when first arriving at the scene. The technology could also send an automated alert to the caller’s friends and family.

Currently, 911 call centers can only track the exact location of the cellphone at the time the call was made. What Roumeliotis proposed to GigaOM is the implementation of technology that allows first responders to see where the cellphone had been previously and attain information about past incidences that occurred at the device’s location.

“We think if a 911 call is made, that’s an alarm bell that goes off and then all the relevant information gets aggregated in real time with contextual location,” Roumeliotis said to the online news source.

Road blocks to implementation
While the plan proposed by Roumeliotis could dramatically increased the ability of first responders to react to a 911 call, implementing such a plan would not be easy, according to GigaOM. For one, Location Labs would need to have its technology implemented at call centers across the country and on a large number of cellphones in order to achieve its goals.

Additionally, the system proposed raises a number of privacy concerns, especially in relation to children, GigaOM reported. While some parents might comforted by the features, kids may find it disturbing knowing that first responders have access to so much personal information without their expressed consent. After all, some children may not want emergency workers to have instant access to personal data such as text messages or Facebook profiles.

“Right now, calling 911 from a mobile phone is still very old school: Operators get a fix on your location via GPS or other location technology but it’s still up to the caller to explain the problem,” Kim wrote. “I can see the privacy issues that could slow up this kind of a system. But it seems like with our connected devices and all the data available online, we can discretely use that information in times when it might help address an emergency.”

Do you think such a system could be beneficial? Are the privacy concerns too great for you to consider implementing this type of technology or your mobile phone, or would call centers just need to have quality layered security in place to protect personal information? Leave a comment below to let us know what you think about this system!