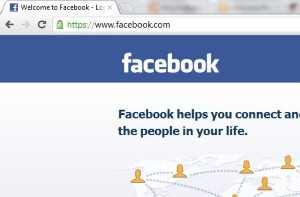 How many friends do you have on Facebook? If you don’t know all of them fairly well, they might not be who you think they are – in fact, they might not even be real people! Block applications and Facebook users you don’t know to protect yourself from potentially malicious social network accounts. Luckily, not all of the accounts Facebook identified as “undesirable” were created by cyber criminals.In a recent earnings report, the company said 8.7 percent (83 million) of all active accounts are duplicate or fake. Facebook plans to eliminate them, but what are 83 million undesired accounts doing on the social networking website?

Duplicate accounts
Users with more than one account are also violating Facebook’s ToS. The company estimates duplicate accounts make up approximately 4.8 percent of its active users.

Undesirable accounts
These accounts are created purposely for activity that violates Facebook’s ToS, such as spamming and spreading malware. This classification represents approximately 1.5 percent of the website’s active users.

The filing also indicated the growing prevalence of undesirable activity may have negatively impacted the business.

“Computer malware, viruses, and computer hacking and phishing attacks have become more prevalent in our industry, have occurred on our systems in the past, and may occur on our systems in the future. Because of our prominence, we believe that we are a particularly attractive target for such attacks,” the report stated. “Though it is difficult to determine what, if any, harm may directly result from any specific interruption or attack, any failure to maintain performance, reliability, security, and availability of our products and technical infrastructure to the satisfaction of our users may harm our reputation and our ability to retain existing users and attract new users.”

Current security strategies falling short
One of the challenges Facebook has faced is in quickly identifying accounts that are used for malicious activity. One of the common methods websites adopt to tell the difference between an actual human user and a computer program is through “captcha” requests, which require users to enter a sequence of numbers and/or letters found in a displayed image before registering. According to a recent CSO article, however, new types of malware have been able to complete captchas with a high level of accuracy. Another common human verification technique involves asking a question that requires a small amount of thinking, such as “What is 2+2?” But, cyber criminals have also found a way to get around this kind of challenge test.

“Cyber criminals are getting around this test by using computers they have already hijacked,” the article stated. “When they need a real person to type in a captcha request, they send a bogus pop-up window asking one of their victims to input the needed letters and numbers to prevent their Windows operating system from restarting.”

New types of malware and new hacking strategies create an ever-growing need for layered security. Current antivirus and anti-malware programs can only stop threats that have been identified. New versions of malicious software or new types of malware can sneak by detection programs to infect computer systems.

Do you know most of your Facebook friends? Are there any accounts connected to yours you’re not too sure about?