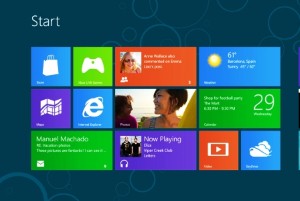 A new piece of malware is targeting users of Windows 8.

The release of new technology is usually accompanied by a barrage of attempts by hackers to infiltrate and exploit any potential security vulnerabilities. As the recent Windows 8 release underscores, the new operating system has not been spared.

Despite built-in security features like Secure Boot and antivirus protection, TechWeekEurope reported on malware specifically targeting Windows 8. The program masquerades as an antivirus protection alert, incorrectly informing users that their computer has been compromised.

According to a PC Magazine article, the fake antivirus displays a scanning result, which appears to list all the potential threats on the computer. Then users are told that the supposed threats will be removed after they register the program and pay a fee. The article explained that phony alerts are commonly prompted when visiting compromised websites, or by clicking on a link that leads users to an attack page.

The article noted another security incident related to the new operating system. In this case, a phishing campaign offers users a free copy of Windows 8 if they fill out a form. The scam requests information such as names, email address and passwords while promising a copy of the new OS. However, personal information is often used for cybercriminal activities such as identity theft.

Users with new or old operating systems should be wary of offers that seem too good to be true. In addition, using software to block applications can protect against zero day vulnerabilities on new platforms.

Do these incidents affect your confidence in the security of Windows 8? Let us know what you think of the new operating system in the comments section!