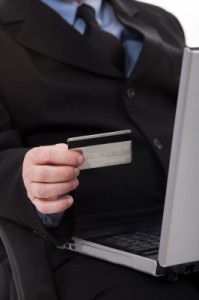 For over a year now one of the biggest malware scams has been fake anti-virus software.

Also known as scareware, fake AV can be incredibly annoying. My own experience with this scam was when I fixed my kids’ PC by replacing the hard drive and re-installing Windows. The first time I connected to the Internet I got a warning from Windows Security Center that my PC was infected!

I knew something was wrong because I hadn’t even installed any AV software yet! But now these annoying pop-ups prevented me from visiting any website except the one where I could pay $40 to get a full license and stop the stupid pop-ups.

And that’s the whole scam. They infect your PC with this malware that pretends to be real anti-virus software but blocks you until you pay with your credit card. So now they have your $40, your credit card number and malware on your computer.

I didn’t want to do that so I spent the next hour using another computer to find a solution to get rid of the infection on my kids’ PC. Once I cleaned it, I promptly installed Faronics Anti-Executable, which blocks any software from installing without my permission, and then connected to the Internet in safety.

This fake AV scam has been hugely successful for the criminals behind it. They were so busy making money hand over fist, that earlier this summer, it was reported that there were more people that had fake AV than real AV. This stuff looks very realistic and in some instances will block other malware. Once they’ve infected your machine they don’t want to share it with anyone else!

Well there’s some good news. There are reports that at the end of June, fake anti-virus products have practically disappeared from the web. It’s reported that in June, Russian police busted a company that was handling the credit card payments for the web sites running the fake AV scams.

According to Enigma Software Group, a combination of international crackdowns by the FBI in 12 countries and the arrest of the co-founder of ChronoPay, Russia’s largest processor of online payments (and a leader in several fake AV scams) has resulted in a decline in fake AV software. They report a drop of 60% in new fake AVs, scareware and rogue anti-virus incidents.

While this is great news, the break in the action will probably be short. There is too much money to be made for the bad guys to give up. In a few weeks they’ll probably find another online payment processor and be back up and running. Meanwhile, my kids’ PC is still protected by Faronics Anti-Executable and I’ve not seen another fake AV incident.

Protect yourself today from scareware!