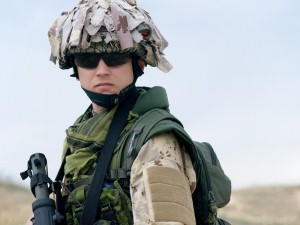 Countries or militant groups can cause major damage through a cyberattack, and many nations are taking steps to ensure that their layered security measures can prevent a major catastrophe.

These days, it’s not easy sometimes for military units to determine who their enemies are and where they are located. Increasingly, wars are fought in cyberspace rather than physical battlefields. Countries or militant groups have the potential to cause major damage through a cyberattack, and many nations are taking the requisite steps to ensure that their layered security measures can prevent a major catastrophe.

In particular, the U.S. military recently enacted a number of policies and steps to help ensure a cyberattack does not cause major damage to the country’s infrastructure. According to U.S. Defense Secretary Leon Panetta, the need for such measures is great, as the consequences of ignoring the threat posed by cyberattacks could be dire.

“A cyberattack perpetrated by nation states or violent extremist groups could be as destructive as the terrorist attack of 9/11,” Panetta said in a, October 11 speech to corporate leaders of the nonpartisan group Business Executives for National Security, according to National Defense Magazine.

In a separate speech in October, Panetta said that a cyberattack could cause destruction on the magnitude of derailing a train full of chemicals or shutting down major water and electricity infrastructure. After all, an attack in August was able to partially shut down operations at the Saudi Aramco oil company, The New York Times reported.

The military’s cyber security response
To help better protect the United States from an online attack, the U.S. Army is creating and training a brigade specifically to operate outside of the military’s firewall to find and stop any potential threats, Army Times reported.

“We are building intelligence soldiers that can operate out there to detect threats against our networks, to characterize where those threats are coming from and to provide [analysis] to defenders and hunters inside the network who will cut that threat off,” said Lieutenant General Mary Legere, deputy chief of staff for intelligence and the army top intel official, according to Army Times.

The military has shown it is serious about cyber warfare, utilizing a team of civilians and military personnel to better identify threats and develop new ways to block applications from causing major damage. To help attract top talent, the U.S. Army is even offering bonuses of more than $32,000 to anyone interested in undergoing the three to five years of additional training to join the cybersecurity force.

The idea behind the battalion, according to Legere, is that instead of taking a passive role in blocking threats as they appear, the battalion is taking a more proactive approach. The unit is not developing new ways to block applications, but rather is going out to stop threats before they start. This includes extensive intelligence gathering and even taking steps to eliminate issues before they arise.

“It is a necessity that our nation understand that we are under attack as we speak, and we can continue to attempt to defend, but we will also need an ability to respond proactively to eliminate that threat,” Legere said to Army Times.

One such tool that the U.S. military has recently developed to fight cyberterrorism is PlaceRaider, an Android application created by the U.S. Navy that hacks into a person’s phone and then uses the device to create 3D images of the mobile device’s location, CIO.com reported.

How big of a threat do you think cyberattacks pose to countries? What roles should military forces play in combating cyber threats? Leave you comments below to let us know what you think about these issues!