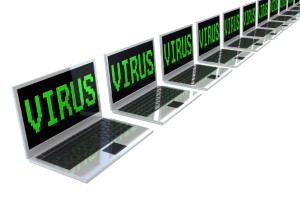 Iran’s cybersecurity has suffered Stuxnet attacks in the past.

The bad blood between the United States and Iran in the political arena continues to spill over into the cyber world as Iranian officials recently claimed the Middle Eastern nation successfully fended off a cyberattack from the West’s Stuxnet worm.

Although Tehran’s claims remain unsubstantiated, if proven true, the incident would mark the latest salvo in what Iranian officials say is a concerted effort by the United States and Israeli governments to disrupt Iran’s aspirations to construct a functioning nuclear energy program.

According to Ali Akbar Akhavan, an Iranian civil defense official, this latest attack attempted to target the nation’s infrastructure, including a Bandar Abbas-operated power plant and several other sites in Iran’s southern, oil-rich Hormuzgan province. He claimed that while the worm attempted to infiltrate the Iranian government’s layered security network, it was successfully repelled through “the cooperation of skilled hackers”. This latest purported incident bears many similarities to a successful United States-launched Stuxnet attack, which ravaged Tehran’s nuclear program in 2010.

While the United States has targeted Iran’s nuclear infrastructure with the Stuxnet worm in the past, malware experts doubt the veracity of Tehran’s claims of this most recent attack. Jeffrey Carr, CEO of cybersecurity firm Taia Global, dismissed claims that the malware’s IP origin being tracked back to Dallas served as any concrete evidence of the United States’ involvement, saying to TechNewsWorld, “lots of malware resolve to an IP address in Dallas since it’s home to ISPs that serve an awful lot of malware.”

Is this latest incident cause for concern in the growing feud between the United States and Iran? Tell us what you think in the comment section below.