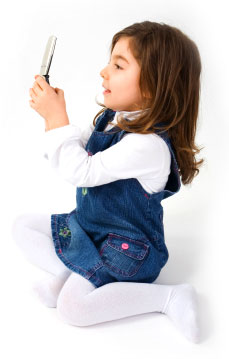 Preschoolers from a school in a France are currently trying to tackle the alphabet – through Twitter. The teacher thought this would be a fun way to teach the kids how to recognize letters in the alphabet. Each day the children brainstorm topics, before picking one to write about. It was an instant hit with the kids, who enjoy engaging in “grown up” activities, and parents are able to follow the Twitter account to see what their children have written.

Computers and social media are not going anywhere, and these kids are ultimately getting a jump-start on mastering tools that will be a huge part of their future. Not all the parents were so quick to agree, but by the end of the school year, 88 of them had started following the Tweets. Besides, using Twitter to learn the ABC’s seems harmless enough. The kids do not actually have their own Twitters- they have one collective account which they share, and the computer skills they are acquiring will no doubt be handy in their future.

What do you think about this?