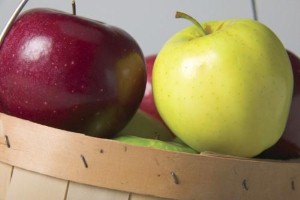 Apples aren’t immune to worms! Remember to secure your Mac.

There’s a myth going around that Macs can’t be victimized by malware. While it is currently true that fewer viruses are coded for Mac OS than for Windows, Apples aren’t immune to worms (and other nasty programs).

According to a recent ZDNet article, a false sense of security is creating user apathy when it comes to Mac security, and that’s a big problem when a threat does come along. Flashback is a good example of Mac mythology gone wrong. Both Microsoft and Apple had already released patches that would have prevented Flashback infections, but many Mac users hadn’t applied the security updates, leading to 650,000 infections.

Malware targeting Macs isn’t likely to go anywhere, either. According to a recent article by Business Standard, infection rates for all platforms, Mac included, are on the rise. With malware looming on the horizon, it’s important to be vigilant in maintaining security on your devices.

USA Today recently published several tips for securing your Mac. One of the biggest steps you can take toward better security is keeping all of your software up-to-date. Run Software Update on a regular basis to check for new Mac OS patches. Many third-party programs also have update tools or automatic update functionality. Patches often include security updates, which fix code-based vulnerabilities.

Another tip from USA Today: Turn on your firewall. Mac OS X has a built-in firewall, but it won’t do a whole lot of good if it isn’t turned on. Much like you would block applications from someone you don’t recognize on Facebook, your firewall blocks data from sources it doesn’t recognize to protect your network from outside users.