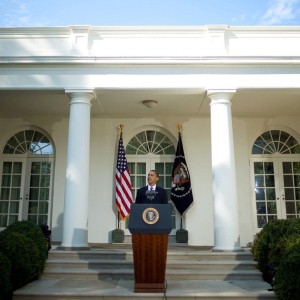 One author wrote that the Obama administration should do more to protect sensitive data.

The President of the United States has a lot of issues to deal with, from wars and budget disagreements to campaigning and passing laws. But is there an issue that the White House is unnecessarily ignoring? One author says yes.In an August 6 Health Data Management article, Joseph Goedert wrote that the Obama administration should do more to protect sensitive data. In particular, he argued that the U.S. president should take a tougher stance on mandating layered security for healthcare records.

“In the [i]nformation [a]ge, how can an administration, especially one with a populist bent and a [p]resident with a gift for persuasion, not embrace personal privacy as good for the nation, as well as good politics?” he asked.

In particular, Goedert wrote that the White House should make healthcare information more secure by requiring providers to encrypt sensitive information. He also argued that less healthcare-related paperwork should have a Social Security number on it, as that is a primary target of data breaches in the industry.

“Lack of action on this key initiative leaves Medicare beneficiaries exposed to the possibility of identity theft,” according to testimony offered by the U.S. Government Accounting Office to the U.S. House of Representatives on August 1.

Obama’s approach to data security
President Barack Obama, in a July 17 opinion piece published in The Wall Street Journal, argued that “the cyber threat to our nation is one of the most serious economic and national security challenges we face.”

Obama wrote that cybersecurity is a priority of his administration, but he argued the biggest threat involves hackers taking down government websites and virtually shutting down infrastructure like hospitals.

“It doesn’t take much to imagine the consequences of a successful cyber attack,” the president said.

He argued that the best way to combat threats is to make it easier to share information among governments and businesses about potential issues. Obama also said that companies should do more to protect themselves and their customers from being targeted by hackers and cyber-thieves.

“The American people deserve to know that companies running our critical infrastructure meet basic, commonsense cybersecurity standards, just as they already meet other security requirements,” Obama wrote, adding that “[i]t would be the height of irresponsibility to leave a digital backdoor wide open to our cyber adversaries.”

Are governments already doing enough to block applications from stealing personal information or shutting down critical infrastructure? Leave a comment below to let us know what you think about this issue!