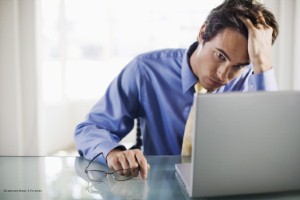 A report released July 19 detailed the top threats and trends related to malware and viruses from April to June.

Malware and viruses are an ever-present danger, but it turns out that such online threats were even more common during the last three months – highlighting the increased importance of robust layered security.

A Kindsight report released July 19 detailed the top threats and trends related to malware and viruses from April to June.

All told, about 14 percent of all home networks had malware or another similar threat during the second quarter. That percentage is an increase of more than seven percent from the first three months of the year.

One of the top attacks in April was a Flashback infection that affected one out of every 10 networks with Mac computers during the month. Another noteworthy attack cited by the report was the p2p ZeroAccess botnet that affected about one percent of all homes worldwide. That one affected more than 1 million proxy servers, and per person consumed the bandwidth amount equivalent to one person downloading 45 movies in a month.

Some of the biggest increases in malware and spyware attacks occurred with mobile technology. In particular, malware targeting Android smartphones rose by about 300 percent, according to the report. In total, one out of every 140 mobile device, be it a smartphone or a laptop, had an infection during the second quarter.

Android devices were not the only smartphones to be targeted by hackers over the past three months. A spam app known as “find and call” was stealing contact information from infected iPhones and Android devices. The report cited these types of attacks in particular as ones that could increase in frequency during the rest of the year.

What do you think of this new report? Do any of its findings surprise you at all?